Shrek 2 A U film should be suitable for audiences aged four years and over, although it is impossible to predict what might upset any particular child. Undoubtedly, this is the best of all the Shrek films.
Larry Wyse

Do you have a review or comment for 'Shrek 2'? 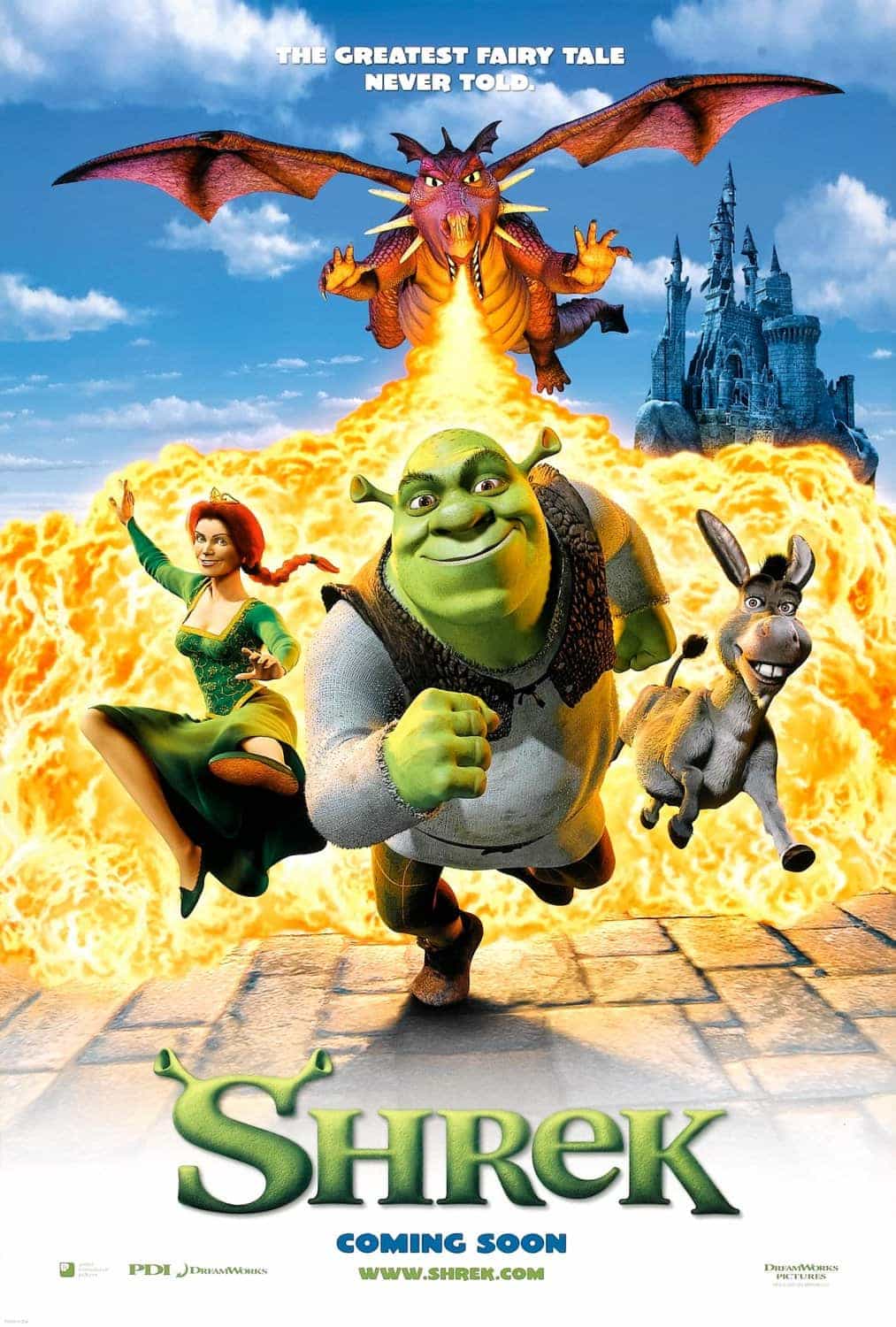 This week we finally see the full release of Transformers: Age of Extinction and How to Train Your Dragon 2, and predictable they dominate the upper end of the box office chart.

Taking the top spot is the 4th in the Transformers series of movies from director Michael. The film had previews last weekend and takes the number 1 position with ease this week grossing £11.7 million in the process, it is the biggest grossing opening weekend of the year so far.

It's interesting to note this opening gross does include the £8 million from last weeks preview screenings, a £3 - 4 million is a closer opening weekend figure.

Opening in second place after going on general release is How to Train Your Dragon 2 which also includes money from it's previews over the last 3 or 4 weeks.

Falling to third this week is last weeks top film Mrs. Brown's Boy's D'Movie which after 3 weeks has grossed £11.8 million.

Last year at the box office Monsters University opened at the top of the chart knocking Despicable Me 2 into second place after 2 weeks at the top.

Five years ago Sasha Baron Cohen opened at the top with Bruno which knocked Ice Age: Dawn of The Dinosaurs to second place.

Ten years ago Shrek 2 held on tight at the top for another week keeping Around the World in 80 Days in second place for it's debut.

Fifteen years ago there was little change at the top with The Mummy retaining it's lead for a second week, highest new film was 10 Things I Hate About You at 5.

Mrs. Brown's Boys D'Movie holds on for a second week on top of the UK box office, this week with little competition from the new realises.

Brendan O'Carroll transvestite creation takes a second week gross of £2.2 million which gives it a 10 day gross (2 weekends) of £9.3 million, not bad really.

With little movement on the box office worth mentioning is How To Train Your Dragon 2, still on previews it took £475,270 over the weekend, it has now taken £1.5 million before it's official release on Friday.

Another film doing this is Transformers: Age of Extinction which had previews from Saturday evening and took &pounds4.7 million and would have been the top film, this will be added to the opening gross next week so the film WILL be number 1.

Highest new film of the week is Tammy which we all had high hopes for but in the end struggled to get a top 5 entry with £471,429 over the weekend.

The only other new film this week is The 100 Year Old Man Who Climbed Out The Window and Disappeared at 11.

A Year ago Despicable Me was still a the top of the UK box office keeping Now You See Me from the top meaning it debuted at 2.

Five years ago Ice Age: Dawn of the Dinosaurs was the new top film which it did on it's debut week of release.

Ten years ago number one and highest new film was Shrek 2 which knocked Harry Potter and the Prisoner of Azkaban from the top.

Fifteen years ago The Mummy was still the top film in the UK while Sean Connery was the highest new entry at 2 with Entrapment.

Twenty yeas ago the original The Flintstones movie was the top film in the country for the month of July knocking Four Weddings and a Funeral from the top.

Twenty five years ago Batman was still the top film for the month of July but Indianan Jones and the Last Crusade and Licence to Kill were doing well.