Collective No one younger than 18 may see an 18 film in a cinema. 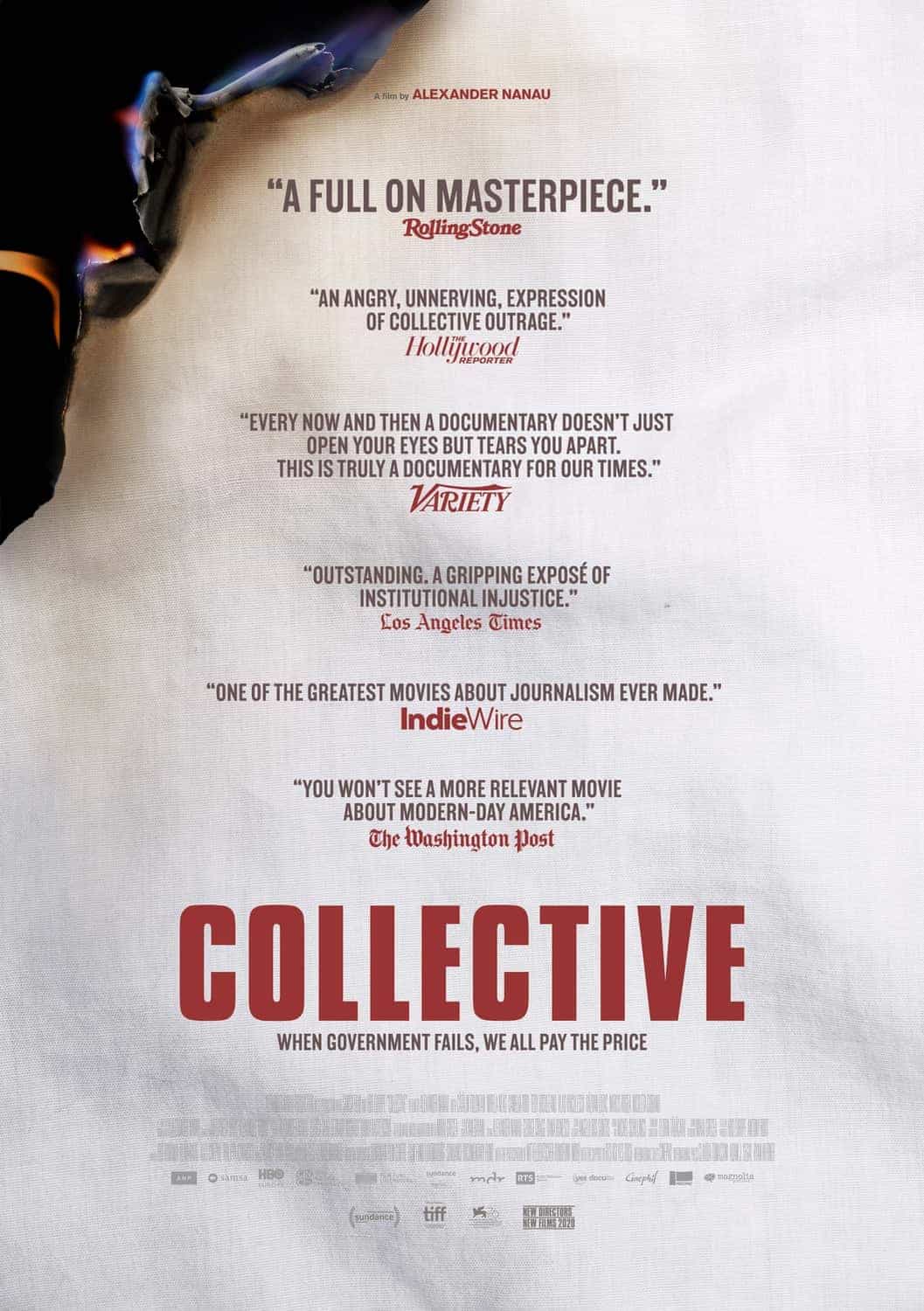 What's your score for 'Collective'?

Do you have a review or comment for 'Collective'?

UK Box Office Figures 20th - 22nd November 2020: Two By Two goes back to the top on another weekend with limited cinemas open

This weekend saw Two By Two: Overboard! rebound back to the top of the Uk box office in a marketplace where only cinemas in Whales and Scotland were open with the lockdown in England still set to last another couple of weekends.

Highest new movie was the documentary Collective at number 3 while further down the box office The Kid Detective made a debut at number 7 with £1,478.

Here is the box office Quickview.

Falling from the top, Marc Munden's retelling of the classic novel is at number 2 this weekend with £2,635.

Highest new movie of the weekend is this documentary by director Alexander Nanau which takes £1.926 on its debut.

The Liam Neeson starring revenge thriller directed by Mark Williams falls to number 4 this week with £1,910, a 40% drop from last weekend giving the movie £659,443 over 5 weeks of release.

A Christmas Gift From Bob

Three weeks on the this little feel good movie from director Charles Martin Smith makes its way into the top 5.

The movie has climbed each week its been released and this week takes £1,757, only 5% down from last weekend.

This week we see the return of the veteran tough men in their 3rd outing together in the collective movie The Expendables 3, also out is The Rover.

Sylvester Stallone heads the cast again with the likes of Jason Statham, Mel Gibson, Arnold Schwartzenegger and Harrison Ford all making appearances in the testosterone filled movie the the 80's heavyweights.

The previous 2 films in the series did well at the box office, with the first doing the best, a number 1 debut and a total UK gross of £10 million.

This film has had a lot of hype but probably wont have the power to topple The Inbetweeners 2 from number 1, a number 2 could be on the cards.

Also out is The Rover starring Guy Pearce and directed by David Michod, this had it's first showing at Cannes, has had little hype but could well see a top 5 entry.

With only a single week as the top selling disk in the country Frozen surrenders the crown to another Christmas blockbuster in the shape of The Hobbit: The Desolation of Smaug.

The second in the Hobbit trilogy from Peter Jackson was released at cinemas on December 8th last year. it Debuted at number 1 where it stayed for 3 weeks, it was around for 8 week and made a collective UK gross of £42.6 million.

Although the film didn't perform as well as the previous film, The Hobbit: An Unexpected Journey, it was still a huge hit, it is currently the 33rd highest grossing film in the UK and the 23rd in the world having grossed nearly $950 million.

Frozen falls to second place this week despite it being the Easter Holidays, although the sales figures were still very high.

There were no other new releases this week.