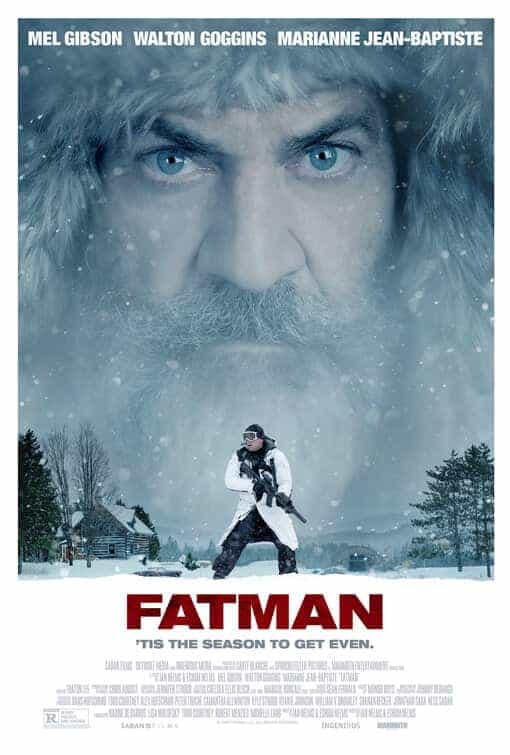 What's your score for 'Fatman'?

Do you have a review or comment for 'Fatman'?

With no stability to cinema openings in the US yet the box office is still thin on the ground for big new releases and this week a low budget movie starring Vince Vaughn hits the top on its debut.

Freaky makes its debut at the top knocking Kevin Costner down to number 2, and that about it for this weeks US box office, there is a new re-entry for Marvels Guardians Of The Galaxy at number 7 and Christmas favourite Elf make a re-entry at number 10.

There is actually more excitement outside the top 10 as Come Away with Angelina Jolie is new at 12, Fatman with Mel Gibson is new at 13, cycling drama The Climb is new at 14 and finally Ammonite featuring Kate Winslet is new at 15.

Starring Kathryn Newton and Vince Vaughn this 'playing for laughs' body swap serial killer movie lands at the top of the US box office with $3.71 Million.

During this time of COVID-19 this seems to be a fairly standard opening gross with the last few number one debuts, Let Him Go, Come Play and Honest Thief, all taking similar figures.

The Dianne Lane and Kevin Coster starring movie falls from the top to number 2 this weekend with $1.8 Million, a 55% drop from its debut last weekend.

This puts the Thomas Bezucha directed movies total gross at $6.88 Million after 2 weeks of release.

Perhaps this Tim Hill directed movie can be seen as the surprise hit of late 2020 as the movie stays firm at number 3 with $1.32 Million, only a 12% drop from last weekend.

The Robert De Niro movie has now spent 6 weeks on the box office and has grossed $15.22 Million.

The Jacob Chase directed horror movie is slipping down the chart and this week is at 4 with $1.1 Million, 39% down from last weekend.

Three weeks in and the movie has taken $7.31 Million, and perhaps its last week on the top 5.

Still hanging on to its top 5 position, at 5, the Liam Neeson starring thriller takes $800,000 this weekend down 30% from last weekend, the movies new total gross is $12.38 Million after 5 weeks.