What's your score for 'Batman Forever'?


Do you have a review or comment for 'Batman Forever'? 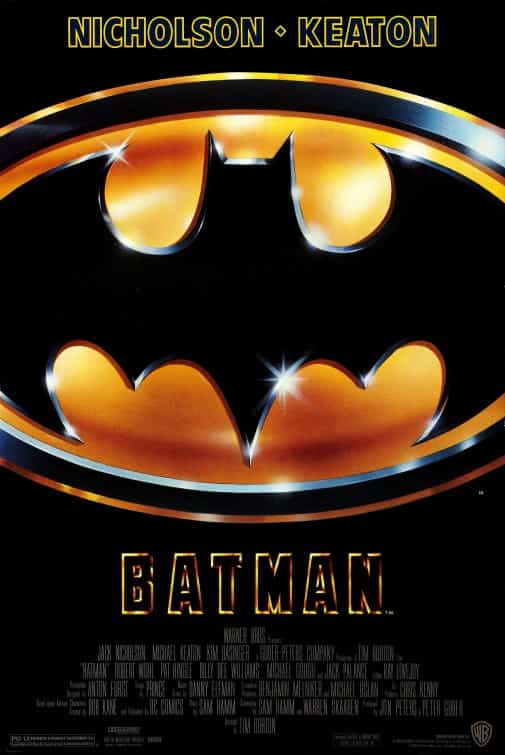 This week British film Legend starring Tom Hardy crashes in at the top of the UK box office in its debut weekend of release replacing Compton after a couple of weeks.

Legend is based on the story of the Kray twins and details their rise to infamy, the film takes £5.1 million on it's debut.

Falling from the top spot to number 4 this week is Straight Outta Compton, now on its 3rd week of release it has grossed a very respectable £7.1 million.

Also new on the chart this week is Maze Runner The Scorch Trials which enters at number 2 and M. Night Shyamalan The Visit which is new at 3, this makes a whole new top 3 at the UK.

Highest grossing film on the box office this week is Inside Out which now sits at £36.8 million after 8 weeks of release.

A year ago
Boxtrolls made its debut at the top of the box office replacing Lucy which fell to number 2.

Five years ago
Resident Evil: Afterlife was the new film at the top, it replace The Last Exorcism which tumbled to number 4 after one week.

Ten years ago
The Longest Yard starring Adam Sandler took over at the top, it replaced The 40 Year Old Virgin which fell to number 2.<> Fifteen years ago
Scary Movie debuted at the top of the box office with Snatch falling into the runner up spot.

Twenty years ago
Mel Gibsons multi Oscar winning Braveheart made its debut at the top leaving Batman Forever to fall into second.

Pixar didn't release a cinematic film in 2014 so the new film from the animated studio was going to be a big deal, and Inside Out is critically one of their best and makes an impressive UK box office debut.,p> Entering the chart at the top Inside Out takes in £7.3 million on it's debut, compared to their last film Monsters University this was over double its debut.

It is though way behind the leader in the Pixar crown, Toy Story 3 which took an incredible £21 million on it's debut and went on to become one of the highest grossing animation of all time.

Inside Out has a good start and is inline with Finding Nemo from 2003, it will easily go over the £30 million mark in the coming days.

Last weeks top film, Ant-Man, falls to number 2 this week with a £2.5 million weekend gross raising its total to £9.6.

A year ago
Dawn of The Planet of The Apes extended its stay at the top of the box office by another week leaving Hercules to debut at number 2.

Five years ago
Toy Story 3 made its very impressive debut at the top moving aside Inception which fell to number 2.

Ten years ago
Fantastic Four over took the number one spot on its debut week of release while Madagascar fell to number 2.

Fifteen years ago
Stuart Little moved to the top of the box office after 3 weeks on the chart knocking Chicken Run down to number 2, High Fidelity was the highest new film at number 4.

This week At the UK box office the little yellow Minions held off the highest new film quite comfortably to gain a second week a the top.

With a £4.15 million weekend the Minions has brought its total gross to £27.6 million, which ahead of both of the Despicable Me film from the same series.

Rolling into second place is Ted 2, Ted was a massive surprise hit back in 2012 taking nearly £12 million on it's opening weekend, Ted 2 has taken £3.8 on it's debut and will struggle to get over £10 million in total.

Other new films this week are Love and Mercy at number 9 and Song of The Sea at number 10.

A Year ago
Transformers: Age of Extinction took over at the top of the UK box office on its debut knocking down Mrs. Brown's Boys D'Movie to number 3.

Five years ago
The Twilight Saga: Eclipse entered the chart at the top knocking Shrek Forever After down to number 2.

Ten years ago
War of The Worlds held its own at the top while the highest new film was The Descent which enters at number 3.

Fifteen years ago
Chicken Run continued to dominate the box office at the top while this highest new entry was at number 3 in the shape of The Patriot.

Twenty years ago
The Batman franchise was still thriving and Batman Forever entered the box office at the top, First Knight fell to number 2.

Twenty Five years ago
Back to The Future Part III was entering at the top while Dick tracy fell to number 2.