Blinded By the Light Films classified 12A contain material that is not generally suitable for children aged under 12. No one younger than 12 may see a 12A film in a cinema unless accompanied by an adult. Adults planning to take a child under 12 to view a 12A film should consider whether the film is suitable for that child. To help them decide, we recommend that they check the Ratings info for that film in advance.

What's your score for 'Blinded By the Light'?

Do you have a review or comment for 'Blinded By the Light'?

News from around the web
10 Behind-The-Scenes Facts About Blinded By The Light  Screen Rant Fri, 5th March 2021Blinded by the lights: Exploring The Weeknd’s Hollywood obsession ahead of his Super Bowl halftime show  The Independent Sun, 7th February 2021New on Netflix in March 2021: Every movie and TV show being added this month  The Independent Fri, 5th March 2021The Quarantine Stream: 'Blinded By the Light' is a Joyous Coming-of-Age Movie That Should Have Been a Jukebox Musical  /FILM Sun, 4th October 2020Blinded By The Light Review | Movie  Empire Mon, 5th August 2019How ‘Blinded by the Light’ Brought Bruce Springsteen’s Music to the Screen for a Song  Variety Fri, 16th August 2019 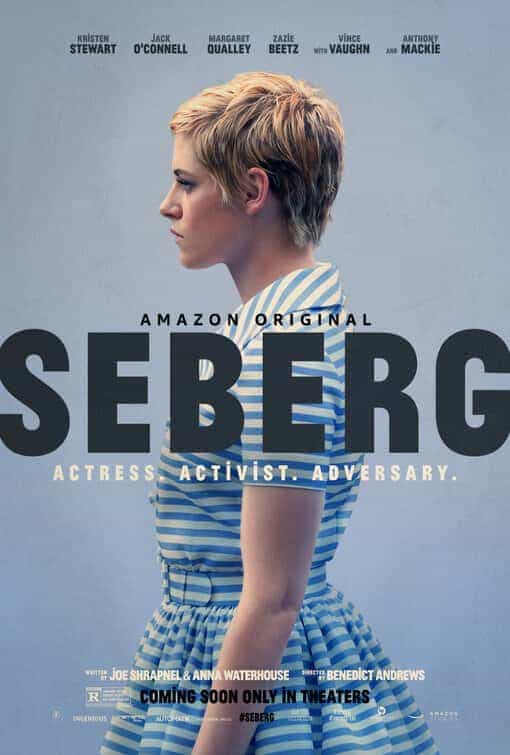 First up at cinemas this week is 1917, a movie directed by Sam Mendes who also directed Skyfall in 2012 which grossed £102.9 Million in the UK and grossed $1.1 Billion globally.

It stars Dean-Charles Chapman who last starred in Blinded By The Light (2019).

Next on this weeks new release schedule is Seberg.

It also stars Yvan Attal who appeared in Rock'n Roll (2017).

The film is brought to us by 2 time director Benedict Andrews.

UK Box Office Analysis 9th - 11th August 2019: The Lion King retakes the top from Hobbs And Shaw while Blinded By The Light is the top new film

The Lion King returns to the top of the UK box office this week after letting go of it for Fast & Furious Presents Hobbs And Shaw while the top new film comes it at number 4 with Blinded By The Light.

Disneys remake of their 1994 hit animation has proved to be a massive hit in the same way the remake of Beauty And The Beast was back in 2017.

This week the film goes back to the top of the UK box office with an excellent £4.3 Million gross, incredible for a film which has been on general release for 4 weeks.

The films total is also higher and to date it has taken £59 Million and is the second highest grossing film of the year behind Avengers: Endgame.

The Fast & Furious franchise move drops into second place on its 2nd weekend of release with £2.9 Million for a £12.8 Million total gross.

Another massive hit for Pixar with Woody and the gang taking £1.6 Million on its 8th weekend for a £58.7 Million Uk total.

Coming in at number 4 this weekend, and the highest new film, is the latest from acclaimed director Gurinder Chadha who brought us classics British films such as Bend It Like Beckham and Angus, Thongs And Perfect Snogging.

Not her best debut to date, but she'e contending with the Disney big hitters, but a debut of just shy of a Million is not bad for the Bruce Springsteen inspired movie.

Still hanging onto a top 5 place the Sony Spider-Man movie takes &pound700K on its 6th weekend of release pushing its total to £35.5 Million.

Maybe cashing in on the succes of the recent LEGO movies this animated version of the popular toys hots the chart at number 7 with just less than £400K.

Disneys other live action remake on the chart this week sits at number 15 after 12 weeks on the box office and a total UK gross of £36.5 Million.