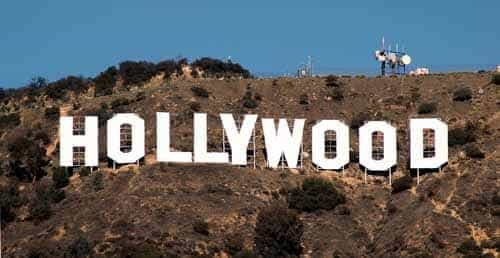 A report is due to be released next week suggesting that the UK should make more commercially successful films, this is after a year where the British film industry contributed £4 Billion to the UK economy.

Prime Minister David Cameron is to visit Pinewood Studios on Wednesday (11th Jan) and has said himself that he British film industry should support "commercially successful pictures", but in doing this does it mean film makers loosing their artistic integrity?

In my mind this begs the question, do film makers make films for person reasons, it may be to make art, to make a statement or because the maker has a story they just have to tell, and despite it's commercial success if its going to be seen and enjoyed or acknowledged by the public, despite how small that group might be, it's worth making the film. Or is the making of a film an industry and if the product won't make a profit then why bother to produce it? In reality the films, which make the money, are (generally) big blockbuster.

Last year Britain produced The Kings Speech, The Inbetweeners, Johnny English Reborn and finish off the Harry Potter series (which can arguably be credited to Britain), all successful films which made money at the box office and have continued to make money in the home market (DVD, Blu-ray, downloads). But outside of this there were plenty of films that were lower grossing movies that probably didn't make money.

The "independent" films that Britain produces are often what separates it, and forms the identity of the film industry, India and France also have massive films industries and can be identified by these films which are loved by people in their native countries as well as other nationalities. In the UK we love American (Hollywood) blockbuster for what they are, and it just so happens they make money, maybe it's the marketing push of millions of dollars but they make money, much of which is pumped back into the American economy.

Of course this is the attraction, American mainstream films make money the world over, British films tend to make money only in the UK, the marketing pounds aren't there to promote the film to the same extent abroad. Despite The Kings Speech which won Oscars doing well in the US, The Inbetweeners and Johnny English didn't.

It must be argues that if Britain makes more 'mainstream' films there is a fear of the British film industry just becoming a Little Hollywood, and although it's no bad thing to produce movies that make money (and hence having a larger audience) we shouldn't and can't stop making films which can be truly identifies as British and which probably wont make millions.

Wrath of Man is given a 15 age rating in the UK for very strong language, strong bloody violence, child sexual abuse references