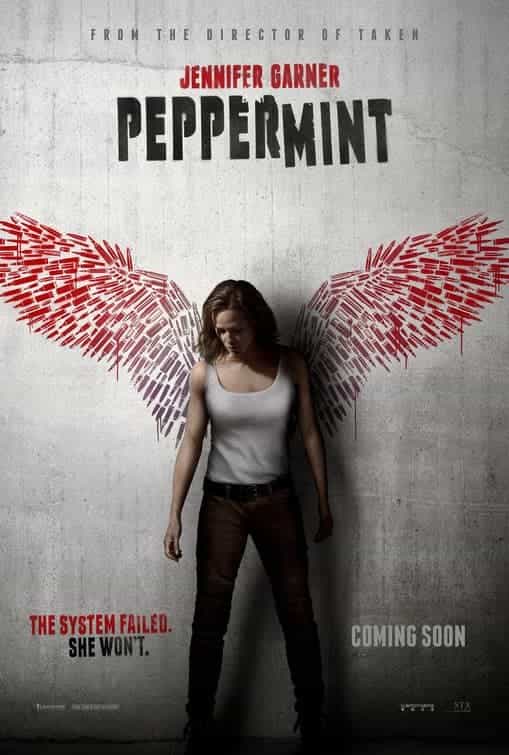 What's your score for 'Peppermint'?

Do you have a review or comment for 'Peppermint'?

The week saw the release of another in the ever growing Conjuring series in the form of The Nun which managed to make its global box offie debut at number 1.

The film saw itself go to the top of the box office in many countries and globally took $131 million from 61 countries on its debut weekend.

Stil pulling in audiences is Mission:Impossible Fallout which on its seventh week of release puls in $24.4 million from 66 countries which raises the global gross to $726.2 million, the highest of the series.

Surprise hit of the summer season is Crazy Rich Asians which is at 3 this week after pulling in $19.2 million from just 24 countries for a total gross of $164.7 million.

Another big hit of the summer is at 4, The meg pulls in $17.3 million from 68 countries for the week which means the film total gross now sits at $131.5 million, its Jason Stathams biggest global hot outside the Fast And Furious franchise.

To finish off the top 5 is another new entry, Peppermint directed by Pierre Morel of taken fame takes $14.6 million from just 18 countries for a reasonable debut from a little hyped films.

US Box Office Weekend 7th - 9th September 2018: The Nun scares audiences in the run up to Halloween

Continuing the Conjuring series this week The Nun takes on the box office and wins with the second highest opening gross for a September movie in the US.

The film manages the highest opening of the series so far with a $53 million weekend and should keep up some momentum until Halloween which is still 6 weeks away.

Falling to number 2 this week after a 3 week run at the top is Crazy Rich Asians, a $13 .6 million weekend brings the films total US gross to $136.2 million

New at number 3 is Peppermint from director Pierre Morel who directed Taken and stars Jennifer Garner, the film takes $13.2 million on its debut.

The Meg has been around for 5 weeks now and this weeks takes $6 million which places it at 4, the films total US gross is $131.5 million.

Falling to number 5 this week is Searching which takes $4.5 million to bring its total gross to $14.3 million after 2 weeks.

The top total grossing film on the US box office this week is Mission:Impossible Fallout which has taken $212.1 million so far and has been out for 7 weeks.