Salty Popcorn > News > The BAFTA's 2010 it's between Avatar, An Education and The Hurt Locker 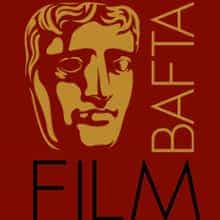 The BAFTA's 2010 it's between Avatar, An Education and The Hurt Locker

The all important best film of the year award is a race between Avatar, An Education, The Hurt Locker, Precious and Up In The Air and An Education also appears in the nomination for best British film along with Fish Tank, In The loop, Moon and Nowhere Boy.

Like the Golden Globe Awards the BAFTA's are seen as a pre-curser to the Oscars and in the directing category I can see the list being very similar as James Cameron (Avatar), Neill Blomkamp (District 9), Lone Scherfig (An Education), Kathryn Bigelow (The Hurt Locker) and Quentin Tarantino (Inglourious Basterds) all get nods, it's good to see Neill Blomkamp in there.

The best actor and actress categories are similar to the expectation for the Oscars as well with Jeff bridges who just won the Golden Globe leading the field for the men with George Clooney, Colin Firth, Jeremy Renner and Any Sirkis all getting a mention. The actress category is led by Carey Mulligan along with Saoirse Ronan, Gabourey Sidibe and of course Meryl Streep.

We'll find out in a months time who walks away with the awards in a ceremony hosted by TV favourite Jonathan Ross.