Bewitched General viewing, but some scenes may be unsuitable for young children. A PG film should not unsettle a child aged around eight or older. Unaccompanied children of any age may watch, but parents are advised to consider whether the content may upset younger, or more sensitive, children. 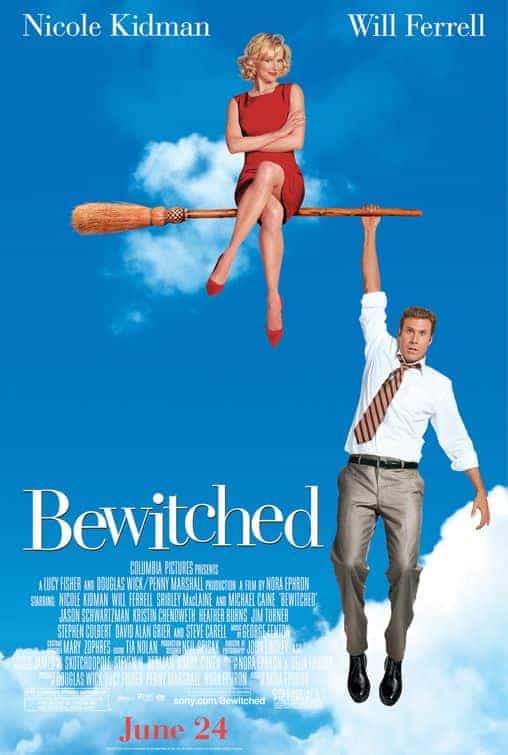 What's your score for 'Bewitched'?


Do you have a review or comment for 'Bewitched'?

All change at the top of the UK box office this week with drama Paper Towns taking over at the top leaving last weeks top film to take a huge tumble.

Paper Town is from the same author as last years hit The Fault in Our Stars which topped the UK box office in June of 2014.

Paper Town hasn't debuted as impressively as the £3 million plus of The Fault in Our Stars with a £2 million debut weekend.

Last weeks top film takes a huge tumble down to 6 this week with an £800,000 second weekend which brings it's total to £4.7 million.

Top grossing film on the box office this week is Minions with a total gross of £44 million over 9 weeks of release.

A year ago
Lucy was on top of the box office on it's debut weekend knocking The Inbetweeners 2 down to 2nd.

Five years ago
The Expendables is the top new film of the week making number 1 while Toy Story 3 falls from the top to number 3.

Ten years ago
Charlie and The Chocolate Factory remained at the top of the box office for another week while the top new film was Bewitched which entered at 2.

Fifteen years ago
The first X-Men movie made its debut at the top knocking Gone In 60 Seconds down to number 3.

Twenty years ago
Die Hard With A Vengeance, the third Die Hard film, was new at the top knocking Waterworld down to number 3.

Twenty five years ago
Another Die Hard film, Die Hard 2 Die Harder was at the top on its debut knocking Days of Thunder into the number 2 spot.