Splash General viewing, but some scenes may be unsuitable for young children. A PG film should not unsettle a child aged around eight or older. Unaccompanied children of any age may watch, but parents are advised to consider whether the content may upset younger, or more sensitive, children. 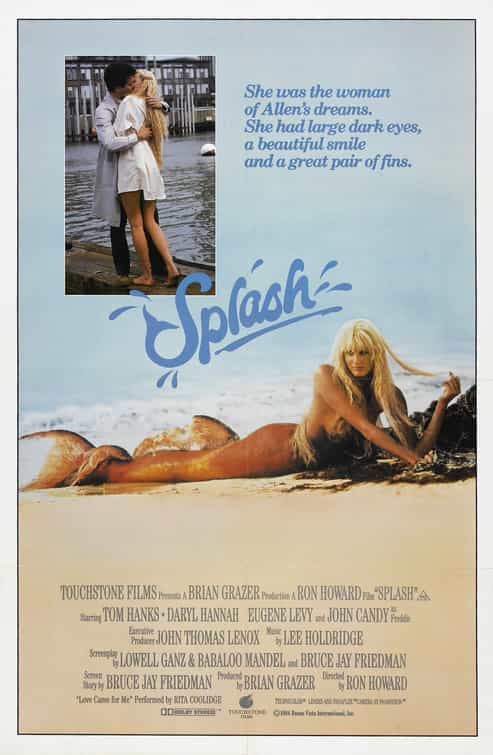 What's your score for 'Splash'?

Do you have a review or comment for 'Splash'?

The film also opened at the top of the Uk box office last week and is set to make a splash worldwide, and with the spring break holiday is the US happening this could ride big for a few weeks.

Missing out on the top spot is Will Farrell's latest wacky comedy Get Hard which lands at number 2 with a $34.6 million debut weekend.

Falling from the top and ending up a 3 this week is The Divergent Series Insurgent, after it's second week of release it gas a US gross of $86.3 million.

Finishing off the top 5 are Cinderella and It Follows.

New films out this week are Denzel Washington in The Equalizer doing battle with Julianne Moore in Map to the Stars.

Having done the media rounds during the week the Antoine Fuqua directed The Equalizer will no doubt hit the top spot over the weekend. The film stars a popular Hollywood figure and has the built in audience of the original 80's TV show.

Map to the Stars is set to make a smaller splash this week, but given the female cast and the male dominated Equalizer this could easily get a top 5 entry, Pride is a challenge but on it's way out already.

The Boxtrolls is bound to loose it's place at the top this weekend and Liam Neesons A Walk Among the Tombstones will most likely stay in the runner up spot behind Mr Washington.

Check back next week for a breakdown of the weekend chart.

CES 2010 kicks off with new Home Entertainment firmly on the agenda.

CES (Consumer Electronics Show) 2010 is kicking off in Las Vegas tomorrow with the Microsoft CEO (Steve Balmer at the moment) being the traditional first Keynote speaker at 6.30pm (PST) on 6th January.

The show always gives a good showcase as what we can expect in the future of technology from the likes of Sony, Samsung, LG, Panasonic and other manufacturers of home entertainment equipment with TV's and film media always having a good showing.

This year Blu-ray and high definition is expected to have a show as the format goes from strength to strength in sales and knocks on the door of DVD in a similar fashion to DBD to VHS 10 years ago.

TV's are on the dawn of a new technology going mainstream, althoug hseen last year OLED is expected to make a bog splash this year. OLED screens are very think and light and give better definition pictures to that of either LCD or plasma, the prices are falling and sizes coming up, expect many TV's PC monitors and other screen devices to be announced.

3D movies made a big impact in cinemas is 2009, and with Avatar doing so well at the box office at the moment studios are keen to push the idea into the home and it's thought that there will be a big display of 3D home movies and TV on display although the technology is new. 3D does have it's doubters who think it's a gimmick and will not catch on.

Also set to make a big impact at CES is tablet PC's, it is widely thought that Apple are on the verge of a big tablet announcement, although we will most likely have to wait until the end of January for that, but there are others who want to enter this market. Tablet PC's could mark a change to the way people view movies on the go, and with Windows 7 touch technology being so good, and probably the excellent iPhone OS being on any Apple device which will allow apps to run on it we could be at the dawn of something big for mobile movies, and in HD of course. Whatever the show has to offer it's always interesting to see what we may have in our homes in the coming years, and what new development in the pipeline, you can follow some of the best coverage, like me, at these site.