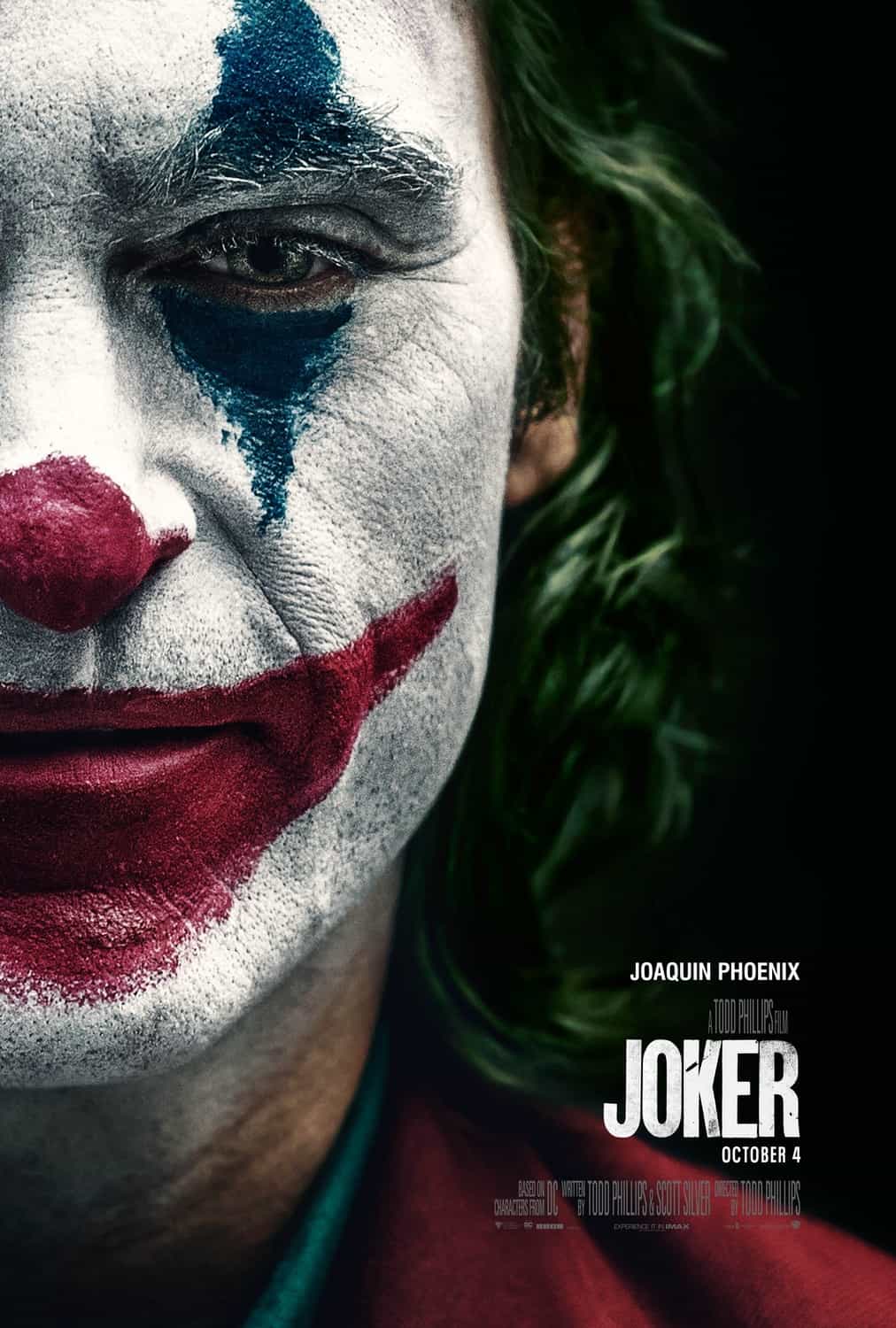 What's your score for 'Joker'?

Joaquin Phoenix, undoubtedly, gives the best performance of his career in this movie. He deserved to win the Oscar for Best Actor.
Larry Wyse

Do you have a review or comment for 'Joker'?

A new trailer has been release by Disney for their new origin movie Cruella which stars Emma Stone and is released on 28th May 2021.

The new trailer really showcases how Emma Stone os going to portray the crazed character and there is very much a hint of Batman's Joker spilling through.

We also get a good idea of Emma Thompson character, and she looks fantastic as Cruella's boss Baroness, thre is more to her than meets the eye.

The movie doesn't have long until its released and judging from this trailer we could have a good origins movie on our hands come May 28th.

UK Box Office Figures 2nd - 4th October 2020: With the box office continuing it slow pace Tenet remains at the top for a 6th weekend and Cats And Dogs 3 is the top new movie

We all know there are no new big blockbusters coming out at the moment, and Tenet is still at the top for a 6th weekend, but comparing this to the amazing 6 week number 1 run of Joker from 2019 is unfair.

I suspect Tenet would not have been a 6 weeks number 1 under normal circumstances, 2 maybe 3 at the most, and although the total gross in the UK would have been in the £10 of million it would not have had the press the movie got.

Still we are where we are and its till the top film in the UK, and Cats & Dogs: Paws Unite! is the top new film at number 2!

Here is a quick look breakdown of this week top 15 box office.

The Christopher Nolan directed movie is now 6 weeks at number 1 equalling the runs of The World Is Not Enough (1999) and Joker (2019), it takes just £628.2K this weekend which is only 3% down from last weekend.

This puts the movies total gross at £15.9 Million after 6 weeks, and as expected it is the top grossing movie since cinemas re-opened and the 6th highest of 2020 overtaking Dolittle.

Top new movies of the weekend is the third film in the Cats & Dogs series which takes £456.5K on its debut.

This is a movie very much aimed at children, can we expect a massive drop next weekend or will the current climate keep it in the top 5?

After a fantastic start to its box office run the Roger Kumble directed teen drama falls to number 3 this weekend with £390.2K, a drop of 24% from last weekend.

The movie has now taken quite an amazing £3.1 Million after 5 weeks of release.

The movie has now entered the top 20 movies for 2020 at number 20 and with its current pace at the box office could go higher.

The third Bill & Ted movie has had a hard time with its box office takings, but it does spend a third weekend on the chart this weekend with a gross of £146.5K, although this is a 32% drop from last weekend.

This gives the movie a 3 week total of just over £1 Million, not bad for a movie which can onto VOD day and date with cinema.

Both new releases in the top 5 this weekend were children's film and this Ute von Munchow-Pohl directed movie lands at 5 with £131.3K on its debut.

US Box Office Figures 7 - 9 February 2020: Harley Quinn hits the top spot on her debut weekend of release knocking the Bad Boys to number 2

Bad Boys For Life had a good run at the top of the US box office but its time for a change and this weekend Margot Robbie and her gang of trouble makers hit the top in Birds Of Prey (And The Fantabulous Emancipation Of One Harley Quinn).

Makings its debut at the top of the US box office the spiritual follow-up to Suicide Squad with Harley Quinn leading the way as she joins up with the Birds Of Prey to down a Billionaire criminal.

The film took $33.2 Million over the weekend which is perhaps a little lower than was expected, and if lower than Suicide Squad and Joker from last year.

After 3 weeks at the top the Will Smith and Martin Lawrence buddy cop movie falls to number 2 this week with $12 Million.

The film now has a total gross of $166.3 million and although not as good as your average superhero movie is far better than anyone could have expected from the movie.

The award darling war movie (altohugh it didn't get the Oscar) falls to number 3 this weekend with $9 Million pushing its total gross after 7 weeks of release to $132.5 Million.

Robert Downey Jr. screen adaptation of the classic novel falls to number 4 this weekend with $6.6 pushing the film to $63.9 Million after 4 weeks.

Dwayne Johnson and his gang trapped in a video game falls to number 5 this week with $5.5 Million giving the film a 9 week total of $298.4 Million, it should pass $300 Million by next weekend.

The Sci-Fi space opera falls to number 10 this weekend but it does have the highest total gross on the chart with $510.5 Million from 8 weeks of release.

The South Korean movie has been in cinemas in the US now for 18 weeks, and altohugh they have not all been on the top 15 it does have the longest run of films inside the top 15.

The movie was the Oscar darling this year winning both best director and best movie which will bring a new audience to the movie and we could see the film around for a bit longer to come.