Aladdin General viewing, but some scenes may be unsuitable for young children. A PG film should not unsettle a child aged around eight or older. Unaccompanied children of any age may watch, but parents are advised to consider whether the content may upset younger, or more sensitive, children. 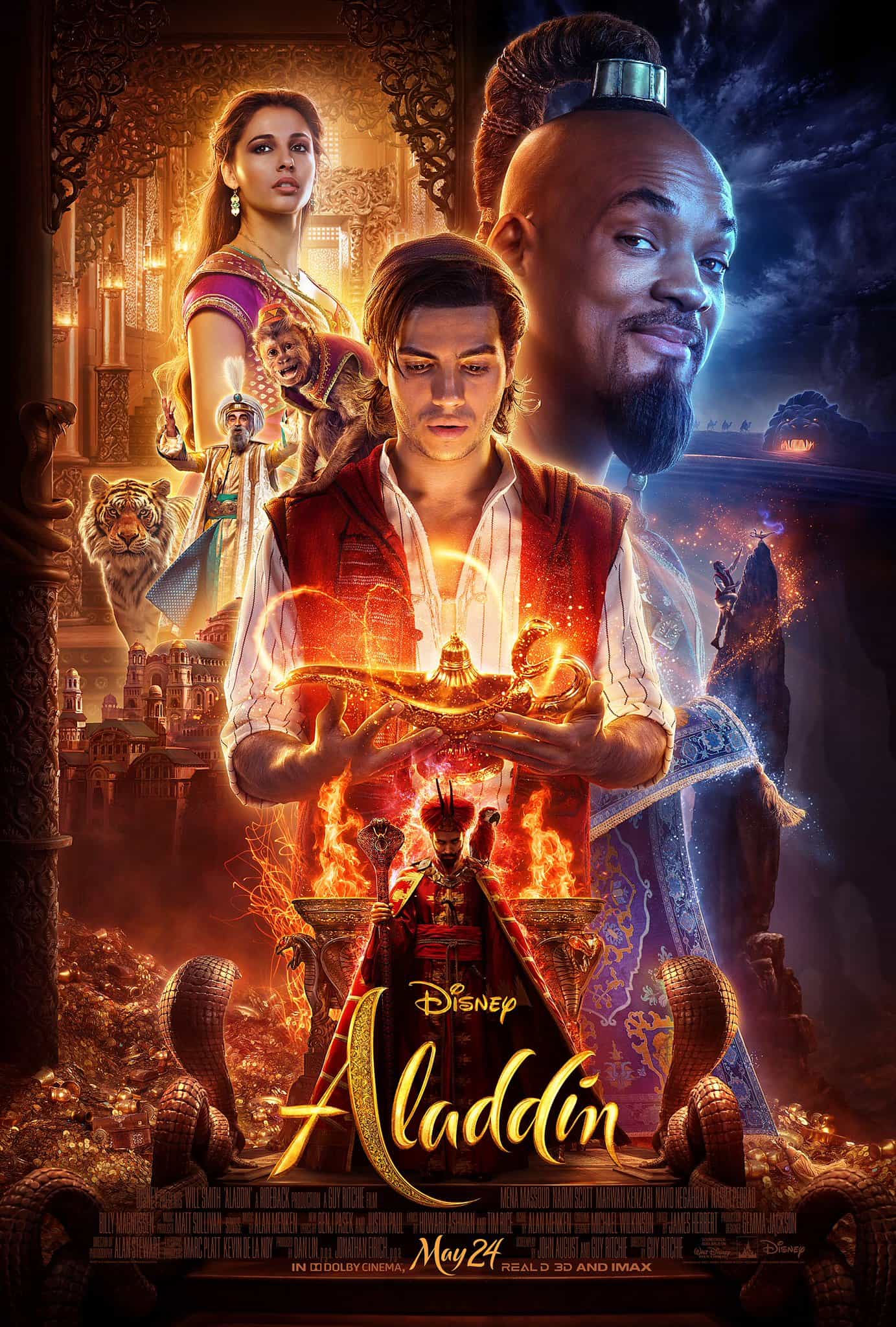 What's your score for 'Aladdin'?


Do you have a review or comment for 'Aladdin'?

Will Smith and Martin Lawrence are still at the top of the US box office while The Gentlemen from director Guy Ritchie is the top new movie of the week at number 4.

The buddy cop movie hangs onto the top spot for a second weekend with a gross of $34 Million.

This brings the movies total gross after 2 weeks of release to $120.6 Million, not bad and it will go on to be as big a hit as the first two movies.

The film has been a far bigger hit than expected and must be giving Sony a lot of relief as part 4 has already been green lit.

The war movie that is winning awards for director Sam Mendes all over the place stays at number 2 this weekend with a gross of $15.8 Million.

The film has now taken a very respectable $103.8 Million after 5 weeks of release.

Robert Downey Jr.'s star turn in the Dr. Dolittle got off to a shaky start but stays at number 3 this week with $12.5 Million.

The film now has a total gross of $44.6 Million after 2 weeks of release, and although the film will most likely not even get to $100 Million it looking better than it did 2 weeks ago on release.

Guy Ritchie follows up the live action Aladdin movie with a back to roots gangster movie starring Matthew McConaughey.

The sequel movie starring Dwayne Johnson falls to 5 this week with $7.9 Million and a total gross of $283.4 Million after 7 weeks of release.

The latest Star Wars movie falls outside the top 5 this week but it is the top total grossing movie on the box office with $501.5 Million after 6 weeks of release.

The South Korean award winning film is the longest running film on the US box office this week with a run of 16 weeks, it has grossed $31.1 Million.

First up at cinemas this week is Knives Out, a movie directed by Rian Johnson who also directed Brick in 2006 which grossed £579.3 Thousand in the UK.

It stars Daniel Craig who last starred in Logan Lucky (2017).

Next on this weeks new release schedule is Charlie's Angels.

It also stars Naomi Scott who appeared in Aladdin (2019).

The film is brought to us by 2 time director Elizabeth Banks.

Next up this week is Jay And Silent Bob Reboot which is directed by Kevin Smith who directed Clerks in 1994.

It stars Matt Damon and Chris Hemsworth who were last seen together in Thor: Ragnarok which grossed £30,936,228.

First up at cinemas this week is Gemini Man, an Action movie directed by Ang Lee who also directed Brokeback Mountain in 2006 which grossed £9.5 Million.

It stars Will Smith who last starred in Aladdin (2019).

The film also stars Mary Elizabeth Winstead who last appeared in The Parts You Lose (2019).

Dolemite Is My Name

Next on this weeks new release schedule is Dolemite Is My Name.

It also stars Wesley Snipes who appeared in Chi Raq (2015).

The film is brought to us by 3 time director Craig Brewer.

Next up this week is Abominable which is directed by Jill Culton and Todd Wilderman directing together.

The Day Shall Come

Also this week there is The Day Shall Come from director Christopher Morris who also directed Four Lions in 2010.