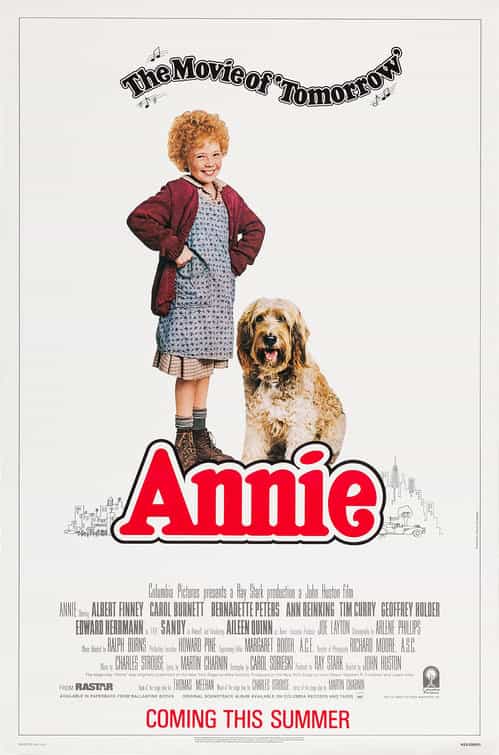 What's your score for 'Annie'?

Do you have a review or comment for 'Annie'?

The festive period of 2014 has arrived and like each year where we have had a Middle Earth film, The Hobbit: The Battle Of The Five Armies is the top film for the week.

Highest new film of the week the Ridley Scott directed Exodus Gods and Kings, entering the box office chart at number 2 with a £2.6 million take.

Not a bad opening gross but a long way off some of Scotts other films, his highest of which is Hannibal which took £6.4 on it's debut weekend.

Other new films this week are Annie at 4 and Unbroken at 7.

One year ago
Last year The Hobbit: The Desolation of Smaug was still holding the top slot while The Secret Life of Walter Mitty was the highest new film at 4.

Five years ago
Avatar left the top spot and fell into second place making way for Alvin and The Chipmunks The Squeakquel which debuted at number one.

Ten years ago
The Polar Express goes back to the top knocking Lemony Snickets A Series of Unfortunate Events down to number two, the highest new film was National Treasure at four.

Fifteen years ago
The World Is Not Enough hung to the top of the box office like glue and the highest new film was Dogma which entered at three.

US box office report 19th December 2014: The Hobbit takes a final bow at the top

As if there was little doubt in the outcome of of this weeks US box office results and is time honoured tradition The Hobbit: The Battle of the Five Armies takes the top spot on the box office.

The second trilogy in the Middle Earth saga has had a rough journey to cinema screens, but Peter Jackson tops off his epic saga in style, although the total box office for the second group of films will be below that of the first.

The Hobbit knocks Exodus Gods and Kings right down to fourth place with Night At The Museum Secret of The Tomb entering as a new film at two and Annie entering at three.

Also new this week at the American box office are Wild at six and indian blockbuster PK at ten.