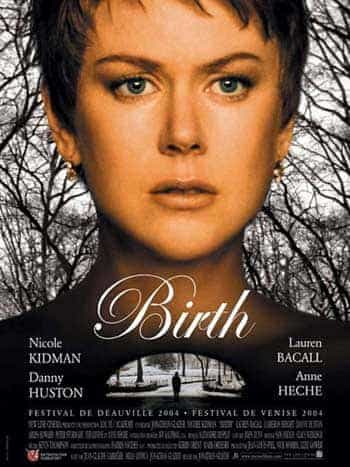 What's your score for 'Birth'?


Do you have a review or comment for 'Birth'?

A new poster has been released for upcoming movie Black Widow which you can see to the right.

Starring among others Scarlett Johansson and Rachel Weisz the movie is directed by Cate Shortland and it has a release date of 1st May 2020.

Black Widow is the operative name for Natasha Romanova, at birth she was given to the KGB, which groomed her to become the ultimate operative. When the U.S.S.R. breaks up, the government tries to kill her. This is her origins movie where we find out about her 'family' and her struggle to find her identity in Russia.

US Box Office Weekend 25th August 2017: Hitmans Bodyguard retains the top spot in the worst grossing US chart in many years, Leap was the top new film

The Hitmans Bodyguard may have retained its hold on the box office but it was the lowest grossing list in the last 16 years.

Grossing a little over $10 million Hitmans Bodyguard raised its gross to nearly $40 million, not really much for a film which has spent 2 weeks at the top.

Highest new film of the week was the animated tale leap (called Balletina in the UK and released at the end of 2016) which grossed just over $5 million and came in at number 3.

Also new this week is Birth of the Dragon which made its debut at number 7 with $2.5 million.

There is little more to say about the US box office this week with little new film released, a big spring event on TV and a major hurricane hitting Texas, people chose to stay away from multiplexes.