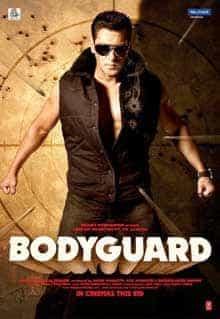 What's your score for 'Bodyguard'?


Do you have a review or comment for 'Bodyguard'?

US Box Office Weekend 8th September 2017: IT breaks a US box office drought with a $100 million plus opening

After a few weeks of non performances at the US box office this week a major blockbuster in the shape of IT not only brings it back to life but does so in record breaking style.

Director Andres Muschietti who previously directed Mama, brings to the screen Stephen Kings IT, and break the US September record for opening film in style.

After a few weeks of nothing to go and see at the movies the American public came out to the tune of $117 million, this is more double the previous highest September opening film.

Warner Bros. who distributed the film pumped a lot of marketing dollars into the film and it worked, although with little else in competition it was not hard to get people to realise the film was being released, and it worked.

Also new this week is Reese Witherspoon in Home Again which opened in the number 2 spot, little hype for this film meant a $9 million opening.

The Hitmans Bodyguard fell to number 3 this week with $4.8 million, now in its 4th weekend the film has grossed a total of $64 million.

Longest running film on the chart is Spider-Man Homecoming which has now spent 10 weeks on the chart, its also the highest total grossing film with $327 million.

US Box Office Weekend starting 1st September 2017: Labour Day weekend and no one went to the cinema, The Hitmans Bodyguard remains at the top

The USA had a long weekend and with no new released The Hitmans Bodyguard remained at the top of the chart with a little over $10 million.

Following on from the last couple of weekends, and with nothing in the way of big new films the US box office is seeing very little action giving The Hitmans Bodyguard the chance to spend a third week on top.

For a film with this much time at the top it has only taken $54 million in total.

The biggest news of the week is that this should all end next week with the release of the highly praised and scary IT, and with little pulling in audiences the film could get a bigger than normal opening.

Highest total grossing film of the week on the US box office is Spider-Man Homecoming which has now grossed $323 million while the longest running film is Despicable Me 3 which has been around for 10 weeks.

It was a quiet weekend at the UK box office as top 15 total gross reaches a level not seen since December 2015 with Tom Cruises new film American Made takes the crown.

Grossing a little over 1 million pound the film had little to no competition for the top spot and takes nearly £900,000 less than last week number 1 film.

Ironically what American Made has done that Cruises last film didn't do is go to number 1, The Mummy released in early June could only manage a number 2 debut, although it did it with £3.3 million.

Of interest is this weeks full weekly breakdown, if the chart was based on Monday - Sunday figures this week chart would have been as follows: Dunkirk, The Hitmans Bodyguard, The Emoji Movie, Annabelle Creation, Despicable Me 3.

American Made is the only film this week to take over a million is takings, Dunkirk which is at number 2 this week is just shy and yet again nearly took the top spot.

The Hitmans Bodyguard fell from the top to number 3 this week with a weekend gross of just over £800,000 which is 4% drop from last week.

The films total gross after 2 weekend of play is now £4 million.

Also new this week are Logan Lucky directed by Steven Soderbergh at number 4 and Detroit starring John Boyega and directed by Kathryn Bigelow at number 7.

Dunkirk is this weeks top total grossing film with a total that is now over £50 million while Despicable Me 3 has now been on the chart for a run of 9 weeks.

A year ago
Finding Dory stayed at the top of the box office while the top new film was Bad Moms at number 2.

Five years ago
Brave stayed at the top for a second weekend while the top new film of the week was Keith Lemon The Film at number 5.

Ten years ago
The Bourne Ultimatum spent a second weekend at the top while Knocked Up was the top new film at 2.

Fifteen years ago
Hitting the top spot on its debut was The Guru, it knocked Men In Black II down to number 2 after 3 weeks on top.

Twenty years ago
Men In Black spent its fourth week on top while the top new film was the excellent horror movie Event Horizons at number 2.

Twenty five years ago
Alien 3 was the top new film of the week making its debut at number 1 while Lethal Weapon 3 fell down to number 2 after a single week at the top.

US Box Office Weekend 25th August 2017: Hitmans Bodyguard retains the top spot in the worst grossing US chart in many years, Leap was the top new film

The Hitmans Bodyguard may have retained its hold on the box office but it was the lowest grossing list in the last 16 years.

Grossing a little over $10 million Hitmans Bodyguard raised its gross to nearly $40 million, not really much for a film which has spent 2 weeks at the top.

Highest new film of the week was the animated tale leap (called Balletina in the UK and released at the end of 2016) which grossed just over $5 million and came in at number 3.

Also new this week is Birth of the Dragon which made its debut at number 7 with $2.5 million.

There is little more to say about the US box office this week with little new film released, a big spring event on TV and a major hurricane hitting Texas, people chose to stay away from multiplexes.

US Box Office Weekend 18th August 2017: The Hitmans Bodyguard wins a quiet weekend at the US box office

In the US last weekend Ryan Reynolds and Samuel L Jackson head up with The Hitmans Bodyguard and a small $21 million on their debut weekend.

Not many punters went to the cinema in the US this last weekend, probably all traveling to The Great American Eclipse that happened on Monday, so the top film has the smallest opening in many a week.

The end of August is never a big time for releases with the school returning after the summer and many big name blockbusters waiting for the lucrative holiday season.

Falling to number 2 is Annabelle Creation with a weekend take of $15.5 million, this brings the horror films total to $64 million from 2 weekends of release.

Also new this week was Daniel Craig in Lucky Logan which made its debut at 3 with $8 million.

Spider-Man Homecoming was the top total grossing film of the weekend with the film now having taken $314 million and also the longest running film with 7 weeks on the chart.