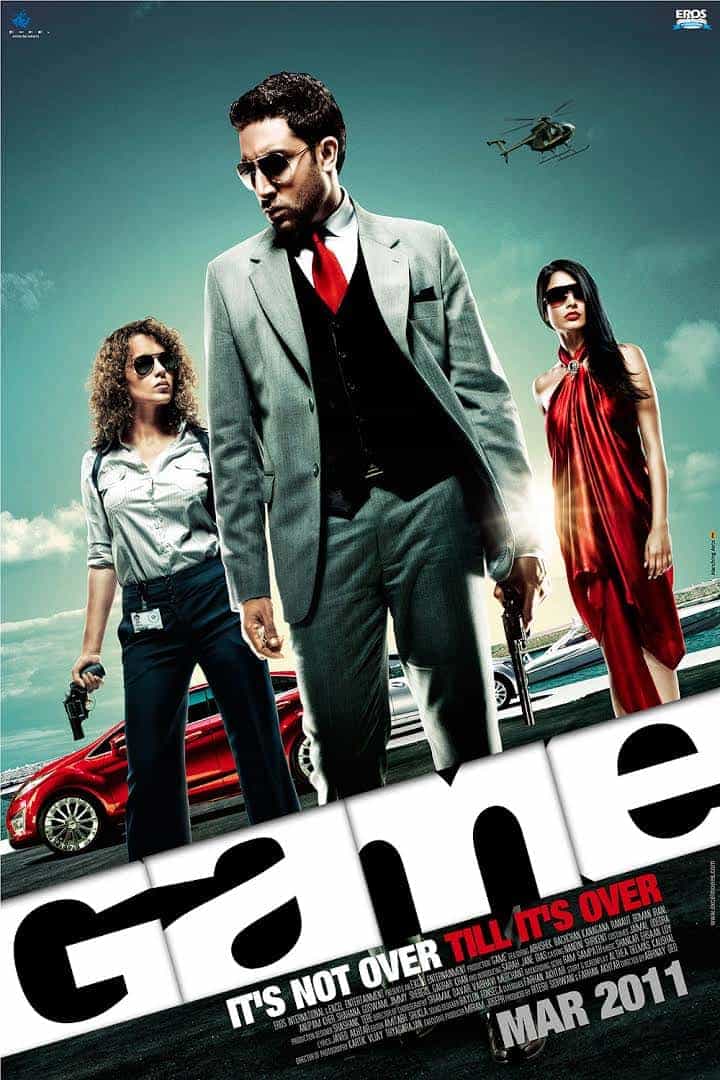 What's your score for 'Game'?


Do you have a review or comment for 'Game'?

Ahead of its UK release of August 13th a new trailer and poster has been released for Free Guy starring Ryan Reynolds.

The world needed a good guy, they got a great guy. Watch the all-new trailer for #FreeGuy and see it only in theaters August 13. pic.twitter.com/60Lkk7NBNz

The movie also stars Taika Waititi and Channing Tatum, it is directed by comedy veteran Shawn Levy who has also directed the Night at the Museum series.

The movie is out in the UK and America on August 13th, after a number of delays due to the pandemic.

A new trailer and poster has been released for upcoming movie Eternals which can seen in full below.

Starring among others Angelina Jolie and Salma Hayek the movie is directed by Chloe Zhao and it has a release date of 5th November 2021.

After an unexpected tragedy following the events of Avengers: Endgame the Eternals, an immortal alien race created by the Celestials who have secretly lived on Earth for over 7,000 years, reunite to protect humanity from their evil counterparts, the Deviants.

The US box office this weekend was the biggest in over a year as the new adaptation of Mortal Kombat and the Chinese animation Demon Slayer The Movie: Mugen Train land in the top two places with fantastic first weekend numbers.

Elsewhere on the chart Together Together from director Nikole Beckwith lands at number 8 with a debut gross of half a million dollars.

The video game franchise was first brought to the big screen by Paul W.S. Anderson in 1995 in what at the time was a critical champion at the box office and went on to gross $70.4 Million in the US.

26 years later director Simon McQuoid brings us a new interpretation to the big screen and makes its debut with $23.3 Million and gives a true sign, after Godzilla Vs. Kongs fantastic box office run, that things are getting back to pre-pandemic levels.

The movie has been much hyped and favourable reviews have helped the movie, and nothing else in competition will have given the movie a boost on its debut.

Having been released in its native country of China in October 2020 the movie was delayed because tof the pandemic in the rest of the world, and with a gross of $375 Million to date the movie has made an enormous impact.

This weekend the Haruo Sotozaki directed animation got its US debut as was only $2 Million off taking the number 1 spot with a debut gross of £21.14 Million.

The movie is being hailed as a classic and a big box office run could be on the cards.

The monster face off falls from the top after 3 weeks and lands at number 3 this weekend with $4.29 Million, a drop of 45% from last weekend.

Falling to number 4 this week is the Bob Odenkirk starring movie which takes $1.742 Million, 30% down, for a $21.5 Million total after 5 weeks of release.

Dropping to number 5 this week is the Disney fantasy movie which takes $1.741 Million, down just 9%, for a total of $39.9 Million after 8 weeks of release.