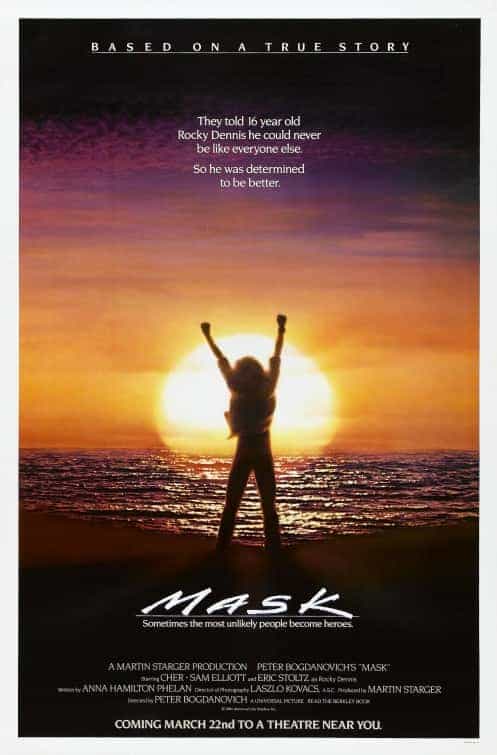 What's your score for 'Mask'?


Do you have a review or comment for 'Mask'?

Wednesday UK Box Office Chart: As cinemas reopen The Conjuring 3 and Demon Slayer get a Wednesday release and hit the top 2 places

As cinemas re-open in bigger numbers in the UK and the public get more comfortable with sitting in a dark room with a mask on the midweek box office chart has The Conjuring: The Devil Made Me Do It set for a number one debut.

The movie, which is the third in The Conjuring main series but the 8th in the extended universe got a UK release on Wednesday 26th May, also getting a release on that day is Demon Slayer The Movie: Mugen Train.

The Japanese animated movie has been a global smash taking nearly $500 Million so far and it set for a top 3 release, the midweek position is number 2.

WEDNESDAY'S TOP 5 FILMS FOR THE UK:

The saviour of cinema has finally ben released after a couple of delays due to the COVID-19 pandemic closure, and its the first movie since mid-March to gross over a million pound in a weekend.

There is much debate as to weather the movie is the saviour of cinema, and a single big release wont stop many of the cinemas around the UK from sadly closing down, especially as movie theatres can only hace about 25% capacity at the moment.

But it is a start, and it seems despite the social distancing and mask wearing being mandatory until you sit down it good to see a start to the recovery, and with more big movies coming in the following weeks, save from a spike in the pandemic cinema is back.

Its nice to see that in the 9 weeks since cinemas re-opened the total top 15 movies have gone up almost every weekend with last week hitting just under a million pound, this weeks total is £6.1 Million.

We waited a long time for this and its finally here, Christopher Nolans mind bending movie makes its debut at the top of the box office with £5.3 Million (including previews).

The movie should hang around on the box office for a while, altohugh a move to VOD quite quick could be on the charts, competition in the coming weeks are Mulan, which is getting a Disney+ release simultaneously, The New Mutants this weekend Bill & Ted Face The Music which has just been brought forward to 16th September and No Time To Die in mid November.

The movie takes an incredible 87% of this weeks total box office taking.

Pixar's movie which just wont go away is again at number 2 this weekend with a gross of £185K which gives the movie a total UK box office gross of £6.6 Million after 12 weeks on the chart.

Alexs Stadermann's animated tale of werewolves goes back up a place this week to number 3 with £140K giving the movie a £828.6K after 5 weeks of release.

Is this Russell Crowe movie the real saviour of cinema, it was the first 'major' release after the closures!

This week the movie takes £112.4K as it fall from the top to number 4, this gives the film a £1.2 Million total gross after 5 weeks of release.

Director Matteo Garrone's adaptation of the classic story is at number 5 this week with £94.8K taking its total gross to £556.7K after 3 weeks on the chart.

World Box Office Figures 28th - 30th August 2020: Tenet is the top new film of the weekend beating out any film since the start of the COVID-19 Pandemic

The film billed as the saviour of cinema for many weeks and months has finally been released as Christopher Nolan's much anticipated Tenet is seen across much of the world with a debut inside the global top 5.

The movies release is the first sign that cinemas are starting to open across the globe albeit with social distancing and mandatory mask wearing in many territories.

The top movie of the week is still The Eight Hundred but there are also new releases from The New Mutants, and missing out on a debut on the top 5 Bill And Ted Face The Music, although there is a good reason for that!

The Chinese movie has done massive numbers in its native territory and this weekend remains at the top of the global box office with a take of $161 Million.

This brings the movies total global gross to $277 Million after 3 weeks of release and may soon to become the top movie globally of 2020.

The world has waited a long time, not only for this new movie from Christopher Nolan which has been delayed a couple of time but for a movie which audiences can get excited about since cinemas closed in the middle of March die to the coronavirus pandemic.

With many countries, especially America, still not opening cinema doors, and with many countries having limited capacity the movies total box office gross is lower than could have been, the movie took $53.6 Million and there is no way of telling at the moment if thats good or bad!

As more countries open and cinemas relax their limited capacity even more this movie could hang around for a while, even if Warner Bros. decide to release it onto streaming quite quick.

With the Chinese cinema open more than most other countries its no surprise that films from their box office are doing well.

Moving to number 3 this week is this love story which takes $9.9 Million over the weekend taking its total gross to $60.5 Million.

The X-Men universe movie has had a troubles time with release dates, originally scheduled for a 2018 release then delayed, then hit with more delays due to the COVID-19 closures, but its finally made it to cinemas and enters the global box office at number 4 with just under $10 Million.

Like fellow new entry Tenet the movie got released in a handful of cinemas and is still yet to be released in much of the world, so expect a growing gross over the coming weeks, although a Disney+ release can be expected soon.

Pixars latest movie falls to number 4 this weekend with $6 Million giving the movie a global gross of $141 Million over 25 weeks of release.

As more cinemas re-open in the UK, but with restrictions for capacity and mask wearing, Unhinged goes back to the top and the top 15 movies grossed nearly a million pound this weekend.

With the cinema going public waiting for the 'saviour' of cinema, Tenet, opening next weekend there were no new releases this weekend so no highest new entry.

The Derrick Borte directed movie starring Russell Crowe as a man who becomes psychotic after a bump in his car goes back to the top of the UK box office with a weekend gross of £178.8K.

The movie has now made £962.1K over its 4 weeks of release and should go over a million by next weekend.

It is the most successful film since cinemas started re-opening after the COVID-19 shutdown, with Tenet being released next weekend and will go to the top, that will in one week take over that crown.

Pixar's latest movie spends yet another weekend inside the top 5 movies, this week at number 2, with an 11th weekend take of £142.1K.

THe movie which was released before the pandemic closures has now taken £6.2 Million.

Christopher Nolans 2010 movie made it to the top last weekend and falls to number 3 this week with, £117.4K, this takes the films total to £35.6 Million after 13 weeks on the chart.

The animated tale of Werewolves goes back to number 4 this week with £105.5K for a half million total after 4 weeks.

Falling to number 5 this week after making its debut at 3 last week the Matteo Garrone directed movie takes £99.2K over the weekend for a £324.1K after 2 weeks.

It's been a long time coming but we final get the first trailer for the much anticipated Birds Of Prey (And The Fantabulous Emancipation Of One Harley Quinn) starring Margot Robbie.

The film which is a sort of spin off from Suicide Squad, is directed by Cathy Yan, this is her first major feature after directing the low budget Dead Pigs in 2018.

The film team Harley Quinn with a whole host of other bad ass women and has Ewan McGregor as Black Mask for the women to beat up on.

You can check out the trailer below and the movie is set for release in the UK 7th February 2020.