Plenty No one younger than 15 may see a 15 film in a cinema. 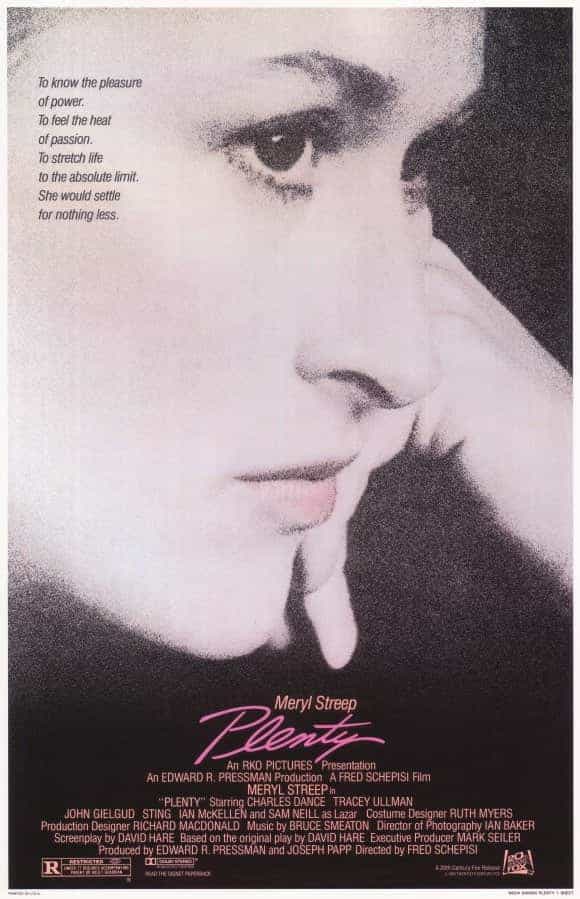 What's your score for 'Plenty'?


Do you have a review or comment for 'Plenty'?

The first image of Tom Holland from the movie adaption of the Playstation video game Uncharted has been released which can be checked out below.

The Spider-man: Far From Home actor plays a younger version of the main character Nathan Drake in an Uncharted origins movie, something only touched on in the games.

Also starring in the movie is Mark Wahlberg as Nathans friend and mentor Victor Sullivan, the story will in part focus on how the two met.

The movie is being directed by Ruben Fleischer (Zombieland) and has a current release date of 16th July 2021, but with the back catalogue of 2020 film to be released this could move.

Also popping up in the movie, most likely as the bad guy is Antonio Banderas

A new poster has been released for upcoming movie Jurassic World: Dominion which can be seen below.

Starring among others Bryce Dallas Howard and Chris Pratt the movie is directed by Colin Trevorrow and its release date has just been put back by Universal to 10th June 2022.

Nothing is known about the films story yet although original stars Sam Neill, Laura Dern and Jeff Goldblum are returning to the franchise, so at a guess there could be a strong connection to the original 1993 Steven Spielberg movie Jurassic Park.

Production on the movie has recently wrapped and with well over a year to wait until its released that gives the special effects team plenty of time to get the dinosaurs looking at real as possible.

The marketing push for No Time To Die, the 25th James Bond 007 movie, has started to kick in with just 3 months to go before its November 12th release, a new poster on Tuesday and a new trailer today starts what will be one of the biggest campaigns for a Bond movie, Daniel Craigs last.

The mission that changes everything begins… #NoTimeToDie in cinemas this November. pic.twitter.com/nBP6aUrwDy

The trailer gets going after a predictable first minute with Bond throwing himself off yet another high structure, it then starts to show a little promise without giving too much of the movie away, and as is standard with Bond movies trailers these days it shows off plenty of stunt work and it looks incredible.

The story as we know it has a retired Bond being approached by old friend Felix Leiter, played once again by Jeffrey Wright, to rid the word of a mysterious villain known simply as Safin, played by Rami Malek.

Daniel Craig looks as dishevelled as Bond as ever, and in what looks like a promising move, maybe he's sharing the spotlight this time, as we know Lea Seydoux is returning as Madeleine Swann who Bond ended up with at the end of SPECTRE and she gets good screentime, also as we know Bond has retired in this movie and Lashana Lynch looks fantastic as Bonds replacement, and is she his equal?

After the movie got its release date movie due to the COVID-19 pandemic we don't have long to wait now until we get to see Daniel Craigs last ever outing as Bond, hankies at the ready.

The next film on the DC Universe schedule from Warner Bros. is Wonder Woman 1984 and today we get the first trailer for the movie.

The sequel movie is directed by Patty Jenkins and stars Gal Gadot and Chris Pine who are this time joined by Kristen Wiig.

The new trailer is true in the Wonder Woman style and shows plenty of the super hero in action, it also gives us a good look at Chris Pine although doesn't give away how he is being brought back considering his fate in the original movie and the fact its based 40 years later.

The original film did fantastic business and took over $820 Million globally so this will be looking to cross the $1 Billion mark, especially given the recent success of Joker.