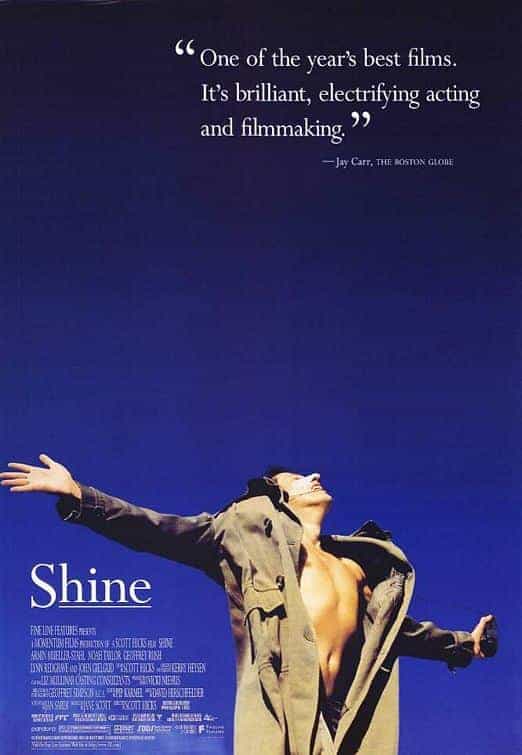 What's your score for 'Shine'?


Do you have a review or comment for 'Shine'?

Doctor Sleep is a follow up to Stephen Kings The Shining and this year director Mike Flanagan takes us on that journey, and today we get the first trailer.

The film is based on the 2013 novel of the same name, and although not a direct sequel the trailer shows us that is will use Stanley Kubrick's Overlook Hotel from The Shining for many scenes.

The film stars Ewan McGregor as Danny Torrance, who is now grown up, as he battles alcoholism but cant escape the events from his life or gift.

Set for release in November check out the trailer below.

At the UK box office this week, Friday, 10th May 2019, there is 6 new releases looking to take your attention at the local multiplex and break into the box office chart next week.

First up at cinemas this week is new movie Pokémon: Detective Pikachu directed by Rob Letterman who also directed Goosebumps in 2016 which grossed £8,575,763.

It stars Ryan Reynolds who last starred in Deadpool 2 and Justice Smith who last appeared in Jurassic World: Fallen Kingdom.

Next on the new release schedule is High Life, this new movie stars Robert Pattinson and Juliette Binoche who starred in Cosmopolis together.

The film is brought to us by Claire Denis who's last film was Let The Sunshine In.

Also out this week is Destination Wedding which is directed by Victor Levin which is a directorial debut.

It stars Keanu Reeves and Winona Ryder who were last seen together in The Private Lives Of Pippa Lee which grossed £44,511.

The long list of new releases continues with Amazing Grace which is directed by Alan Elliott and Sydney Pollack directing together.

Finally there is The Hustle from director Chris Addison making their directorial debut, the film stars Anne Hathaway and Rebel Wilson.

Its all a little too serious in the first trailer for Thor Ragnorak, then Hulk turns up and we see the humour shine through.

Great first trailer for the new Thor movie out towards the end of the year.

Disney's Maleficent casts her spell over the video chart this weeks and knocks Tom Cruise off the top spot on her debut week of release.

Maleficent was one of the fist big summer films out of the stable this year being released on 30th May, on it's debut week it topped the box office chart with a weekend gross of £6.6 million.

It spent a total of 10 weeks on the Uk box office with five of those inside the top 5, it has grossed to date £20.5 million but is still showing in a few cinemas across London.

There were a number of new films enter the chart this week, these include: Northern Soul at 4 and 2 Days to Kill at number 5, Walking on Sunshine enters at 7 while Oculus enters at 15. Belle is a new entry at 17.

Check out the full top 20 Blu-ray and DVD charts at 25thframe.co.uk.