Snatch No one younger than 18 may see an 18 film in a cinema. 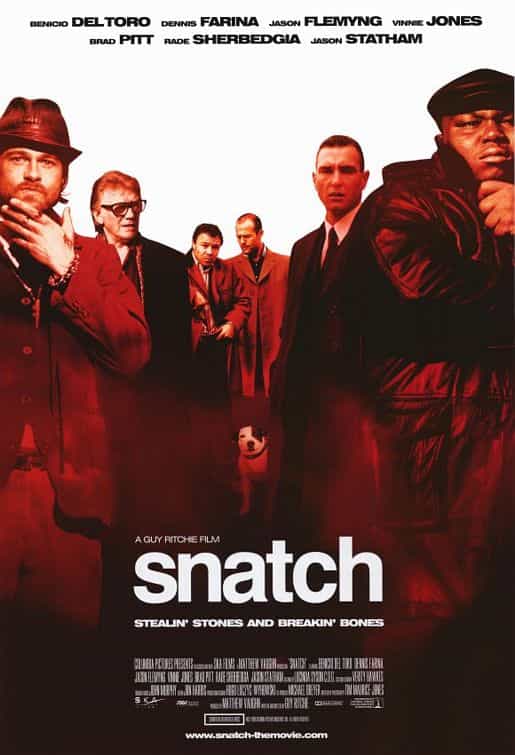 What's your score for 'Snatch'?

Do you have a review or comment for 'Snatch'?

This week British film Legend starring Tom Hardy crashes in at the top of the UK box office in its debut weekend of release replacing Compton after a couple of weeks.

Legend is based on the story of the Kray twins and details their rise to infamy, the film takes £5.1 million on it's debut.

Falling from the top spot to number 4 this week is Straight Outta Compton, now on its 3rd week of release it has grossed a very respectable £7.1 million.

Also new on the chart this week is Maze Runner The Scorch Trials which enters at number 2 and M. Night Shyamalan The Visit which is new at 3, this makes a whole new top 3 at the UK.

Highest grossing film on the box office this week is Inside Out which now sits at £36.8 million after 8 weeks of release.

A year ago
Boxtrolls made its debut at the top of the box office replacing Lucy which fell to number 2.

Five years ago
Resident Evil: Afterlife was the new film at the top, it replace The Last Exorcism which tumbled to number 4 after one week.

Ten years ago
The Longest Yard starring Adam Sandler took over at the top, it replaced The 40 Year Old Virgin which fell to number 2.<> Fifteen years ago
Scary Movie debuted at the top of the box office with Snatch falling into the runner up spot.

Twenty years ago
Mel Gibsons multi Oscar winning Braveheart made its debut at the top leaving Batman Forever to fall into second.