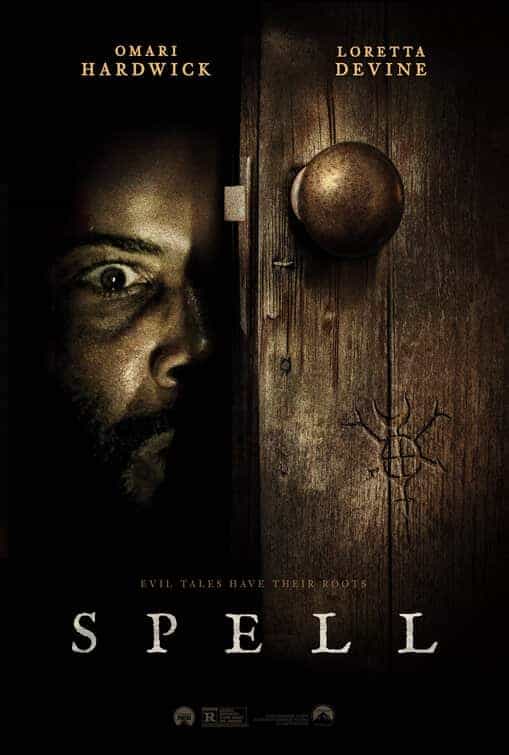 What's your score for 'Spell'?


Do you have a review or comment for 'Spell'?

US Box Office Figures 30th October - 1 November 2020: Come Play makes its debut at the top of the box office over Halloween

The Halloween season hit the box office this weekend and horror movie Come Play makes its debut at the top of the US box office to celebrate.

The only other new release to hit this week box office is right down at number 10 where the movie Spell directed by Mark Tonderai makes its debut.

The top movie over the Halloween period is this horror movie directed by Jacob Chase which on its debut weekend take $3.15 Million.

is getting a release on Friday and getting some hype so it could be a short spell at the top.

Liam Neeson falls to numer 2 this weekend after a couple of weeks at the top with a weekend gross of $1.35 Million, a 43% drop from last weekend.

The movie has done well at the box office and after 3 weeks of release has taken $9.5 Million.

The Tim Hill directed movie falls one more place to number 3 this weekend with $1.08 Million, 43% down from last weekend.

The movie has a new total gross of $11.2 Million after weeks of release.

Falling to number 4 this weekend is the John David Washington starring movie which takes $885,000, only a drop of 32%.

The movie has now been on release for 9 weeks and has taken $53.8 Million.

A new release last weekend the David Prior directed movie falls to number 5 this weekend with $561, a 57% drop from last weekend.

This takes the movie to $2.26 Million after 2 weeks of release.

Onward is given a U age rating from the BBFC for mild fantasy threat, very mild bad language

Pixar are back from the $1 Billion grossing Toy Story with their first film of 2020 Onward which has been given a U rating by the BBFC.

The fantasy adventure stars the voices of Chris Pratt and Tom Holland as brothers looking to bring all of their father back from the dead after a spell they use only brings back his legs.

The movie is directed by Dan Scanlon and is the first new IP from Pixar in a while.

The film has been given a U rating for mild fantasy threat, very mild bad language and has a runtime of 107 minutes (1 hour 47 minutes) and was passed uncut.

All change at the top of the US box office as Split surrenders its hold on the number 1 spot to the (sort of) follow up to The Lego Movie, The Lego Batman Movie.

After a three week spell at the top for Split the film falls down to number 4 this week as there are 3 new films entering in the top 3 slots.

The Batman Lego Movie takes $55.6 million on its opening weekend which is a little higher than expected for this movie but lower than The Lego Movie of 3 years ago.

Fifty Shades Darker opens at number 2 with $46 million, which can be considered good, but again it is far lower than the far higher anticipated Fifty Shades of Grey from 2 years ago.

Finally new at 3 if another sequel, John Wick Chapter 2 which opens to $30 million which is double that of the original John Wick movie.

Highest total grossing movie on the US top 10 box office is Hidden Figures which has not taken $131 million over 8 weeks, the longest running film is Lion now on 12 weeks.