The Hustle Films classified 12A contain material that is not generally suitable for children aged under 12. No one younger than 12 may see a 12A film in a cinema unless accompanied by an adult. Adults planning to take a child under 12 to view a 12A film should consider whether the film is suitable for that child. To help them decide, we recommend that they check the Ratings info for that film in advance. What's your score for 'The Hustle'?


Do you have a review or comment for 'The Hustle'?

At the UK box office this weekend, Friday, 28th February 2020, there are 6 new releases looking to take your attention at the local multiplex and knock Sonic The Hedgehog from the top of the UK box office chart next week. First up at cinemas this week is The Invisible Man, a movie directed by Leigh Whannell who also directed Insidious Chapter 3 in 2015 which grossed £3.9 Million in the UK.

It stars Elisabeth Moss who last starred in Shirley (2020).

The film also stars Oliver Jackson-Cohen who last appeared in The Healer (2017).

Next on this weeks new release schedule is Dark Waters.

It also stars Anne Hathaway who appeared in The Hustle (2019).

The film is brought to us by Todd Haynes.

Next up this week is Wendy which is directed by Benh Zeitlin who directed Beasts Of The Southern Wild in 2012.

Also this week there is True History Of The Kelly Gang from director Justin Kurzel who also directed The Assassin in 2016.

The long list of new releases continues with Downhill which is directed by Nat Faxon and Jim Rash directing together.

It stars Julia Louis-Dreyfus and Will Ferrell.

Color Out Of Space

Finally there is Color Out Of Space from director Richard Stanley who also directed Hardware in 1990, the film stars Nicolas Cage and Joely Richardson.

UK Box Office Analysis 17th - 19th May 2019: John Wick debuts at number 1 knocking Pokemon to number 2 after a week at the top

The John Wick series of films has gained more popularity as each film has been released and this week the series reaches its pinacle as John Wick: Chapter 3 - Parabellum makes its debut at the top.

Starring Keanu Reeves the high octane action movie hits the ground running and makes its debut at the top of the UK box office on its debut weekend of release.

The film, directed by Chad Stahelski, makes its debut with a weekend gross of £3.6 million which is by far a series high.

The live action film starring Ryan Reynolds as the voice of Pikachu, which made its debut last weekend at the top falls to 2 this week with a £2.7 million gross.

This pushes the films total to a non too shabby £8.9 million after 2 weeks of release.

The Marvel mega hit falls to 3 this week but still has a fantastic weekend gross of £2.2 million after 4 weeks of release.

The film now has an amazing total UK gross of £83.9 million which makes it the fourth highest grossing UK film ever, its now £10 million behind Avatar at number 4 which it may not get to. 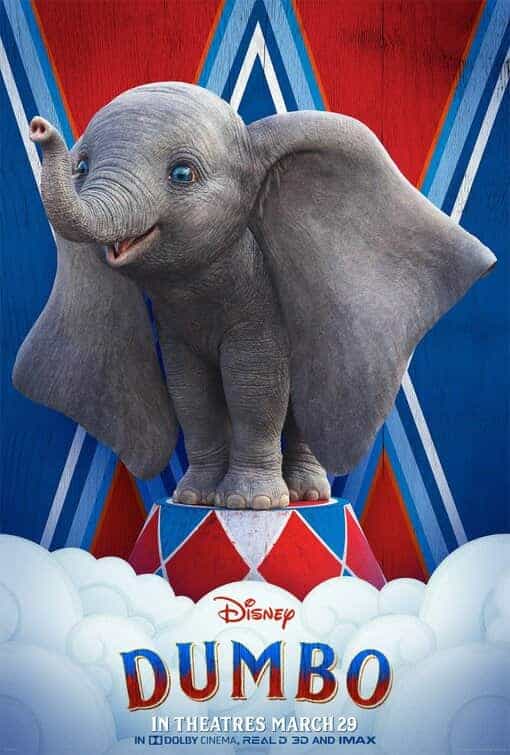 Making its debut at number 5 this week is the Nickelodeon TV show which transitions to the big screen and makes £521,504 on its debut.

Longest chart run this week is the live action Dumbo which has now been around for 8 weeks and has taken £24.7 million.

Avengers: Endgame gets knocked of the top of the US box office after 3 weeks by new entry John Wick: Chapter 3 - Parabellum while A Dogs Journey makes an impressive start at number 4.

The third in the John Wick series starring Keanu Reeves and directed by Chad Stahelski hits the top of the US box office on its debut weekend of release.

The film series which over time has gaines a large following beats John Wick: Chapter 2 and out grosses the first in just one weekend.

The Marvel film falls down to number 3 on its 4th weekend of release with a weekend gross of $29.4 million.

With a total gross of $770.8 million it has now taken Avatar as the second highest grossing US film with just Star Wars: The Force Awakes above it, but it is still in need of nearly $200 million which it most likely wont achieve.

The Pokémon movie falls to number 3 on its second week of release with a weekend gross of $24.8 million, this boosts its total US gross to $94 million with the next milestone in sight.

This sequel movie doesn't do as well as its predecessor A Dogs Purpose but it still manages a top 4 entry with a debut of $8 million. Falling to number 5 is the con artist movie starring Anne Hathaway and Rebel Wilson which takes $6 million on its second weekend of release.

The film now has a total US gross of $23 million.

The longest chart run on the US box office this week has been around now for 11 weekends and has taken $425.1 million.

With such an up-front fan base and its gross growing so quickly Avengers: Endgame was never going to have an elongated run at the top of the box office and this week John Wick: Chapter 3 - Parabellum takes over at number 1 on its debut weekend.

The third in the series of action films which star Keanu Reeves and are directed by Chad Stahelski hits the top of the global box office on its debut, the best of the series.

The film takes a global gross of $92.2 million on its opening weekend from 67 countries.

The live action Pokémon movie stays at number 2 on its second weekend of release with a global gross of $78.6 million from 73 countries.

The mighty Marvel film drops to number 3 on its 4th weekend of release with a gross of $76.6 million from 56 countries.

The films total global gross is now $2.61 Billion, the only record it need to break now is that of the highest grossing movie of all time, Avatar sits at $2.7 Billion so it is agonisingly close.

The story of a dogs reincarnation starring Dennis Quaid and Abby Ryder Fortson stenters the global charts at number 4 this week with $22 million from 15 countries.

This is not the films first week of release globally but the first it grossed enough to chart.

The con artist movie starring Anne Hathaway and Rebel Wilson drops to number 5 this week with $15 million from 34 countries to push its total global gross to $51.2 million.

The might of Avengers: Endgame has come to an end in the UK, at least for the time being, as Pokémon: Detective Pikachu takes over at the top on its debut weekend of release.

The Nintendo favourite bounces to the top of the UK box office on its opening weekend of release with a debut gross of £5 million.

The film which is directed by Rob Letterman and stars Ryan Reynolds as the voice of Pikachu and Justice Smith removes Avengers: Endgame after just 2 weeks, although the Marvel movie is still going strong.

The might of the Marvel film is still going in the UK as the film takes £4.4 million on its third weekend which takes its total UK gross to £80.4 million.

It is now the 6th top film in the UK having just overtaken Titanic, the film now has Star Wars: The Last Jedi and Avatar in its sights.

The buddy con artist film remake makes its debut at number 3 this weekend after luke warn reviews across the board.

The romantic comedy has stalled a but at the box office and falls to number 4 on its second weekend with a gross of £413,059 to boost its total to £1.8 million.

Finishing off the top 5 this week is the horror movie from The Conjuring Universe which takes £243,601 from its second weekend of release to take a total UK gross of £1.2 million.

The Disney film is the longest running film on the UK box office this week with 7 weeks and a £24.6 million total gross.