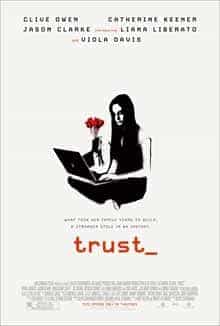 What's your score for 'Trust'?


Do you have a review or comment for 'Trust'?

Major date shifting for many big releases originally set for 2020 including Black Widow, Death On The Nile and West Side Story

We all knew it was coming but hoped that maybe somehow things would improve, but with the slow reopening of cinemas and paying audiences still not feeling safe many films have had their release schedules changed.

Among them are Black Widow, Eternals, Death On The Nile, Shang Chi and the Legend of the Ten Rings and West Side Story, most of which have now gone into 2021 which at the moment seems like a safer bet.

Black Widow starring Scarlett Johansson has changed to May 7th 2021 and is perhaps one of the biggest to have a change, this could still see a debut on Disney+ if things don't improve quick enough.

West Side Story from director Steven Spielberg has gone on a whole year to December 10th 2021, this originally set to be a big 2020 holiday movie and Oscar contender.

Interestingly Denis Villeneuve's adaptation of Dune which was set to be released the same day has not (yet) moved from December 18th 2020.

Death On The Nile has moved to December 18th 2020, not into 2021 yet but it is the same day as Dune and (which I'm sure will move) and long awaited comedy sequel starring Eddie Murphy, Coming 2 America, although with no trailer or poster yet this will move to same time in 2021 at some point.

Eternals, another Marvel feature, has moved to later in 2021, November 5th, and also from Marvel Shang Chi and the Legend of the Ten Rings has changed to July 9th.

With the UK about to go back into some kind of lockdown the state of cinemas is looking as uncertain as ever, it is being suggested that Tenet's box office was effected because Warner Bros. opened the movie when people were simply not ready to go back to the movies.

There needs to be a breakthrough in overcoming the virus and cinema chains regaining the trust of the public before things will truly recover and that could be more like the end of 2021 in reality.

Source of much of this story @GiteshPandya on twitter

On the UK video charts the sequel movie London Has Fallen makes its debut at the top knocking off The Divergent Series Allegiant.

London Has Fallen how UK cinemas on 4th March 2016 as a sequel to Olympus Has Fallen from 2013, the film hit the top of the box office on its debut weekend.

A sizeable hit the film was on the box office for 5 weeks and then hung around cinemas for another 8 weeks after that.

A £10.9 million total gross in the UK isn't bad for a disaster movie of this kind, but hte film did perform far better in the UK than in other countries, possibly the setting being part of the reason.

After a debut at the top last week The Divergent Series Allegiant falls to number 3 this week with Kung Fu Panda 3 holding firm at number 2.

Other new film this week are The Witch at number 5 and High Rise at number 7, Norm of The North is new at 11 and The Trust debuts at number 12.