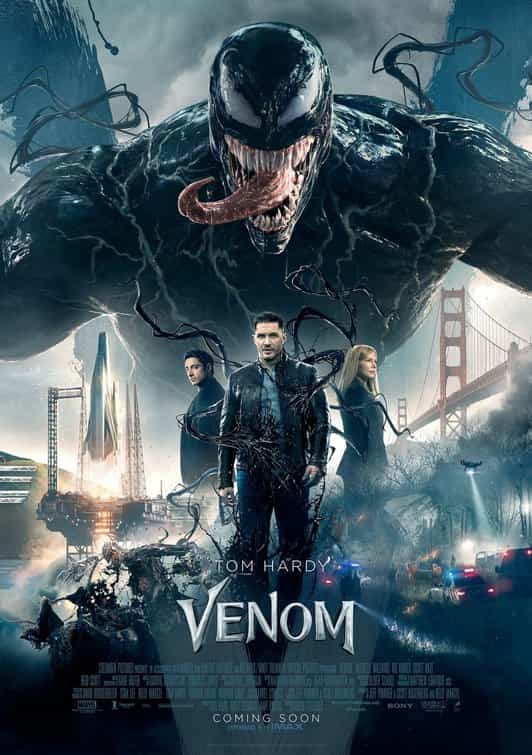 What's your score for 'Venom'?


Do you have a review or comment for 'Venom'?

The first trailer and a new poster has been released for upcoming movie Venom: Let There Be Carnage which can seen in full below.

The Movie which is a sequel to the 2018 suprise hit stars among others Tom Hardy and Michelle Williams and the movie is directed by Andy Serkis and it has a release date of 15th September 2021.

The trailer is a good introduction to the movie, it shows Hardy's character Eddie Brock living a idyllic is chaotic life with Venom, before them moving on a slow reveal Woody Harrelson's killer Cletus Kasady and finally we get to see come great shots of Carnage.

Also in the trailer its nice to see Sony's commitment to cinema as the movie will initially only be released in movie theatres.

Sequel to the 2018 film Venom where Venom battles the evil Carnage.

First up at cinemas this week is Zombieland: Double Tap, an Action movie directed by Ruben Fleischer who also directed Zombieland in 2009 which grossed £3.4 Million.

It stars Jesse Eisenberg who last starred in The Hummingbird Project (2019).

Next on this weeks new release schedule is Maleficent: Mistress Of Evil.

It also stars Elle Fanning who appeared in Mary Shelley (2018).

Angelina Jolie and Elle Fanning starred in Maleficent (2014) together.

The film is brought to us by new director Joachim Ronning.

Next up this week is The Laundromat which is directed by Steven Soderbergh who directed Unsane in 2018.

Also this week there is The Peanut Butter Falcon from directors Tyler Nilson and Michael Schwartz,

The long list of new releases continues with Official Secrets which is directed by Gavin Hood who directed A Reasonable Man in 1999.

Finally there is A Shaun The Sheep Movie: Farmageddon from directors Will Becher and Richard Phelan, the film stars Justin Fletcher and Joe Sugg.