Abominable A U film should be suitable for audiences aged four years and over, although it is impossible to predict what might upset any particular child. 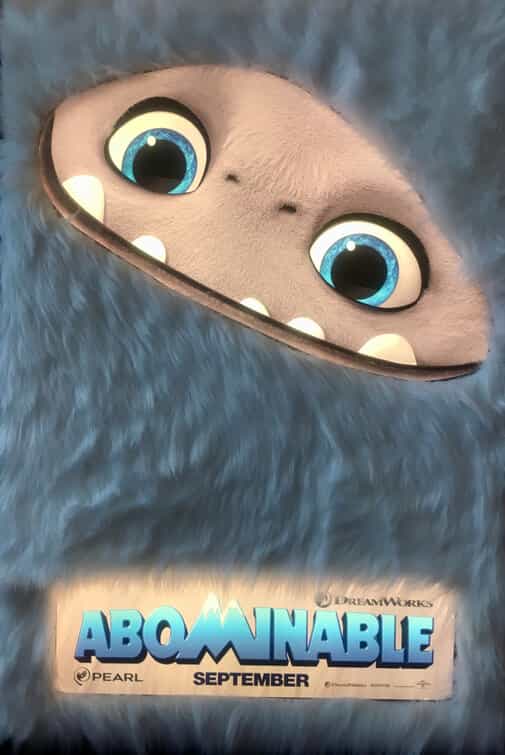 What's your score for 'Abominable'?


Do you have a review or comment for 'Abominable'?

US Box Office Analysis 11 - 13 October 2019: Joker keeps a convincing lead on the box office with The Addams Family having the highest new entry

The Joker keeps its lead on the US box office this week with smaller than expected drop over last weekend while animated movie The Addams Family and Will Smith in Gemini Man are the highest new films.

Todd Phillips much praised movie stays at the top of the US box office for a second weekend with a gross of $55 Million.

This pushes the movies total gross to a very respectable $192.7 Million after 2 weeks of release.

Highest new film of the weekend is the new take on the ever popular 60's television series that also had a couple of live action movies in the early 90's.

The spooky, kookie family landed at number 2 with a weekend take of $30.2 Million on its debit.

Directed by Ang Lee this new action films stars Will Smith in a dual role as an older and younger self, the film didn't sit well with critics which could be why it lands at 3 this week with $20.5 Million.

The animated tale from Dreamworks falls to 4 this week with $6.1 Million for a $47.9 Million after 3 weeks of release.

The British movie about a big house falls to 5 this week with $4.9 Million which takes its total gross to $82.6 Million after 4 weeks.

The $100 Million American milestone might be a bit out of reach for the film now.

Disneys animated remake remains on the box office for another week, the film is now 13 weeks in and has taken $542.2 Million.