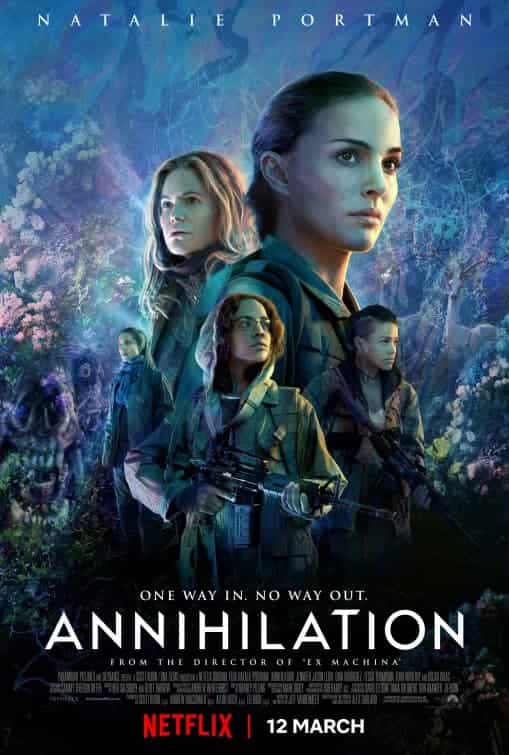 What's your score for 'Annihilation'?

Interesting movie which never quite lives up to the premise but is enjoyable all the same, ending is confusing but surprisingly works

Do you have a review or comment for 'Annihilation'?

As was widely expected the dominance of the Black Panther movie continued over the films second weekend in America with the film grossing again as much as the rest of the top 15.

With a weekend take of $108 million it brings the films total gross to $400 million in America and is challenging Marvels top grossing film, the first Avengers, it is currently ahead on the same point of its run.

Highest new film is Game Night at number 2, which takes $16.6 million for the weekend, the Jason Bateman starring film really was the runer up this weekend with all attention still on Black Panther.

Third this weekend was Peter Rabbit falling from its debut place of 2 which fifth is Annihilation from director Alex Garland and has had a troubled distribution and in the UK is getting a Netflix debut.

Finally on the top 5 is Fifty Shades Freed which has done better than expected taking $7 million on its 3 weekend but now falling fast.