Cloverfield No one younger than 15 may see a 15 film in a cinema. 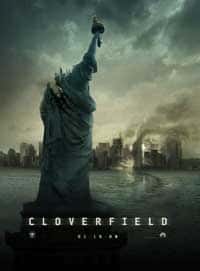 What's your score for 'Cloverfield'?

Do you have a review or comment for 'Cloverfield'? First up at cinemas this week is Midway, an Action movie directed by Roland Emmerich who also directed White House Down in 2013 which grossed £4.2 Million.

It stars Ed Skrein who last starred in Maleficent: Mistress Of Evil (2019).

Next on this weeks new release schedule is The Irishman.

The film is brought to us by veteran director Martin Scorsese.

Next up this week is Better Days which is directed by Derek Tsang who directed Soulmate in 2016.

Also this week there is The Good Liar from director Bill Condon who also directed The Twilight Saga: Breaking Dawn Part 1 in 2011.

The long list of new releases continues with Luce which is directed by Julius Onah who directed The Cloverfield Paradox in 2018.

Finally there is Arctic Dogs from director Aaron Woodley who also directed The Entitled in 2011, the film stars Jeremy Renner and Heidi Klum.

When Disney release a new video it is normally a big deal, and with the release of their spring hit Zootopia this week is is no exception and the film debuts at the top of the UK video chart.

The film was a massive hit for the Mouse House when it was released on 25th March 2016, but it did not make the top of the cinema box office, beaten by Batman V Superman Dawn of Justice.

It did bubble around the top for 4 weeks before making a slow decent down the box office spending an impressive 13 week in total in the top 15.

The film took a very nice £23 million pound in the UK which makes it the 138th top grossing movie of all time, it also took £1.02 billion globally making it the 24th highest grossing movie ever.

London Has Fallen falls from the top into second place on its second week on the chart.

There was only one film in contention this week across the globe as Disney's live remake of their classic animation The Jungle Book smashes its way to the top.

A very wide world release in its second week of 50 countries gives the film, directed by Jon Favreau, a fantastic $239.6 million.

Although this is the films second week of global release it was out a week early in some countries, but the full global release mean the film has now made $290.9 million globally.

Falling into second place is Batman V Superman Dawn of Justice, although being considered a disappointment the film has now made a massive $827.3 million, it could still make a billion.

Highest new film is Barbershop: The Next Cut which entered the global box office at number 3, not bad considering the film is only out in America, it takes $20.2 million on its debut.

Highest total grossing film is Zootopia which has a world gross of $882.2 million and is currently at number 4, if the film can hang around until summer it could see a billion.

Here is the full top 10 across the globe:

Batman V Superman: Dawn of Justice is still the top grossing film across the world after 3 weeks of release.

The superhero film takes another $57.4 million dollars from 68 countries, by far the widest release of all the film this week.

Highest new film of the week is The Jungle Book which makes its debut at number 3 this week making $28.9 million.

The film is only out in a few territories and so should do even better next week after releases in Europe and America.

Highest total grossing film this week is Zootopia which has now notched up $852,5 million.