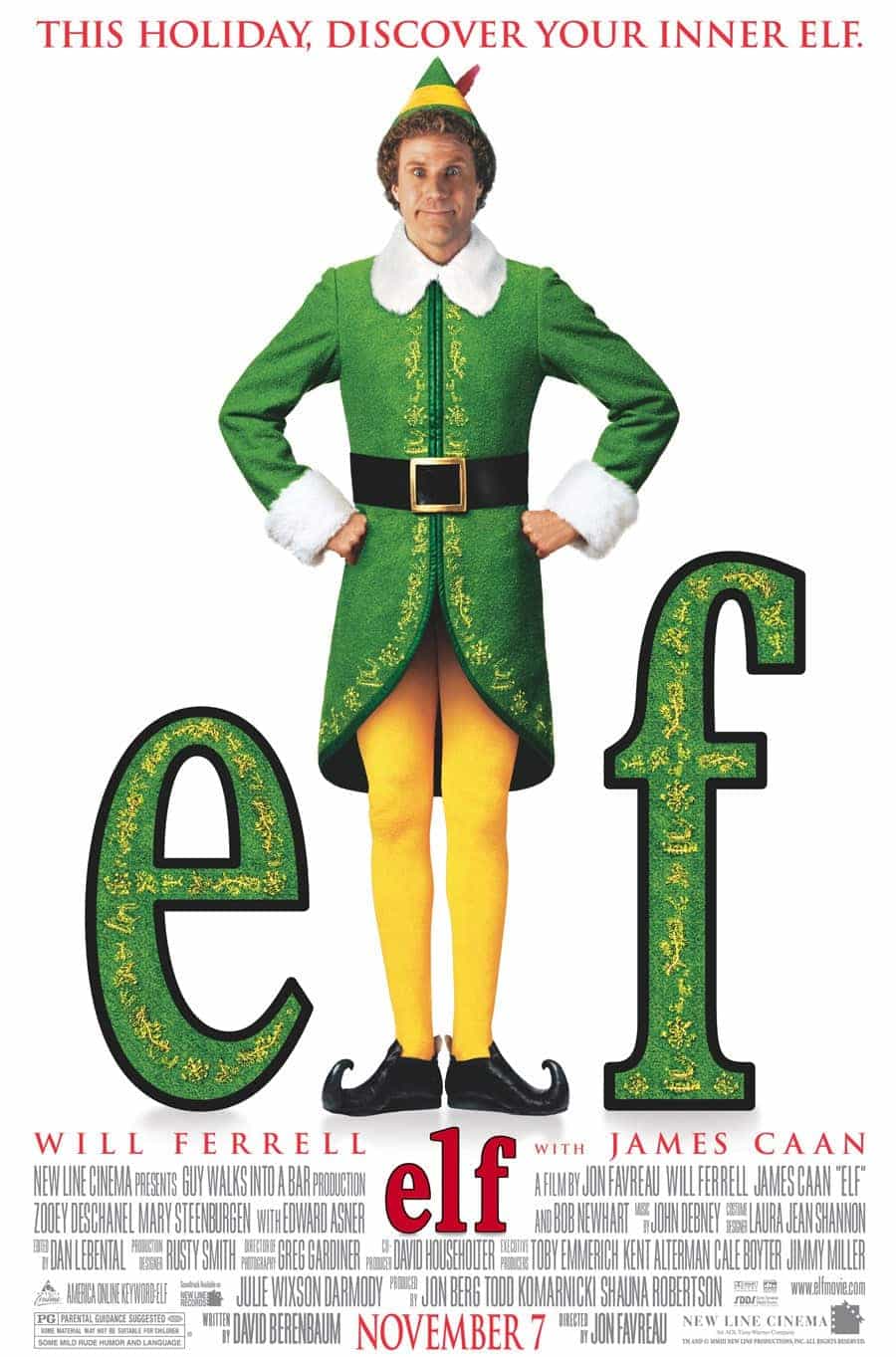 What's your score for 'Elf'?

Lighthearted comedy that has become a firm Christmas favourite

Do you have a review or comment for 'Elf'?

The movie brings back stars Keanu Reeves and Carrie-Anne Moss from the original movie who reprise the roles of Neo and Trinity.

The movie is directed this time by Lana Wachowski on her own unlike the original movie where her sister joined her in the directors chair.

Plagued by strange memories, Neo's life takes an unexpected turn when he finds himself back inside the Matrix.

New trailer for Morbius, the upcoming Sony villain movie from the Spider-Man universe

Sony have released the second trailer for their upcoming villain movie from the Spiderverse Morbius starring Jared Leto.

The trailer is far darker than the previous trailer, which was just a teaser released during filming, and this one gives far more of the story away.

Jared Leto stars as Dr. Michael Morbius who transforms himself into a Vampire type creature.

The movie also stars Michael Keaton, Matt Smith and Tyrese Gibson in what looks to be the next Marvel hit movie.

The movie is released worldwide on 21st January 2022.

The next James Bond 007 movie, No Time To Die, gets a 12 A certificate from the BBFC for moderate violence, infrequent strong language.

The movie stars as James Bond for the last time Daniel Craig, it also stars Lea Seydoux who is returning as Madeleine Swann while the bad guy this time around is played by Rami Malek.

The movie is directed by Cary Joji Fukunaga who is directing a Bond movie for the first time.

Recruited to rescue a kidnapped scientist, globe-trotting spy James Bond finds himself hot on the trail of a mysterious villain, who's armed with a dangerous new technology.

Marvel's Shang-Chi and the Legend of the Ten Rings retained the top of the box office this weekend for the third weekend in a row with Warner Bros. new Dune retelling coming in at 2.

Dune got a release in many markets this weekend, but the big markets like America, Australia, UK and China are still to come in October, it was still the highest new release on the global box office.

Chinese movie Cloudy Mountain was also new at number 3 this weekend while further down the chart Clint Eastwoods new movie Cry Macho was new at 7 with $4.8 Million and All About My Mother was new at 8 with $4.6 Million.

Third weekend at the top for the latest Marvel character as the movie takes an excellent $42 Million from 44 countries, a 41% drop over last weekend.

The movie has been one of the strongest new characters for the Marvel franchise and this week its total global gross climbs to $320.5 Million.

Shang-Chi is now the 5th top movie of 2021 globally and the 3rd top Hollywood movie of the year behind Black Widow and Fast and Furious 9.

Warner Bros. release Director Denis Villeneuve telling of Frank Herbert's classic Sci-Fi novel across 24 countries this weekend and the movie makes its debut at number 2 this weekend with $36.8 Million.

The movie is getting a slow global release with much of the world getting it in October, and this could mean the film gets a long global shelf life.

Previews have happened in America and the UK for the movie and the reviews have been favourable which could make it one of the top global movies of the year, although this also happened with Villeneuve Blade Runner 2049 and that movie didn't perform as well as expected.

Chinese movies have done exceptionally well this year and another hit movie from the country makes its debut at number 3 this weekend with a gross of $18.6 Million from a single terretory.

Director Shawn Levy's video game inspired movie has done far better than expected and this weekend drops to number 4 but still takes $13.6 Million from 49 countries, a 41% drop over last weekend.

This takes the movies total global gross to $298.2 Million over its 6 weeks of release and is the 6th top movie of 2021 across the world.

Another movie which has done better than expected is the children's TV favourite gone to the big screen which this weekend takes $7.3 Million, only a 7% drop, from a massive 56 countries giving it a total global gross of $103.2 Million after 6 weeks of release.