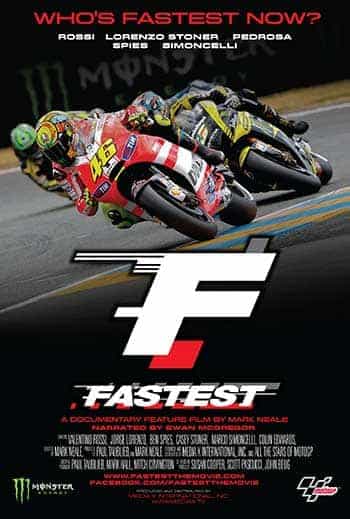 What's your score for 'Fastest'?


Do you have a review or comment for 'Fastest'? As the year comes to a close the last blockbuster of the year, The Force Awakens, is making a challenge for top film of the year, despite its late release.

It needs to beat the year total of Jurassic World to become the top film of the year, $1.6 billion byt the end of the week may prove too much.

Highest new film of the week is Daddys Home which takes $43.2 million from 5 countries on its debut and sits at number 4.

No surprise really that Jurassic World is still the top film across the world considering the massif start to it's box office run it had.

This week the film takes another $136.7 million dollars from 67 countries to bring its world gross to $1.2 Billion, the fastest film to do this.

With Japan still to get the film Jurassic World will easily become the third highest grossing movie of all time, and on this trajectory it could challenge Titanic as the second highest grossing, although it has got a bot to go.

Pixar are sticking solid in second place where Inside Out remains for another week, a $78.5 million dollar weekend, from 43 countries, brings it's world gross to $266.4 on its second weekend of release.

With most of Europe still to see a release of the film it still has some dollars to rake in giving it the potential to be one of the most successful animations of all time, although it wont touch Frozen, the biggest or Toy Story 3 which both made over a billion.

Highest new film of the week with a release in 27 countries of the sequel movie Ted 2, taking a non too shabby $53.2 million on it;s debut weekend.

The domination of Jurassic World continues in the US this week as the film makes it 3 weeks at the top with nothing coming any where near it in that time.

A shade under a 50% drop in taking from last week has Jurassic World's weekend gross at $54 million which brings it's total gross now to $500 million in the US, it is the fastest film to make the landmark.

Pixar can't be forgotten in all this, under normal circumstances this would be the second week at the top for Inside Out, but it simply can't beat Jurassic World.

Highest new film of the week is Ted 2 which lands at 3, a decent weekend take of $33 million which in another week would have safely seen it get to the top.

The two headed force of Jurassic World and Inside Out could spoil the party for a number of other film in the coming weeks as well.

One other new film in the US charted this week, Max landed at 4 with $12 million.