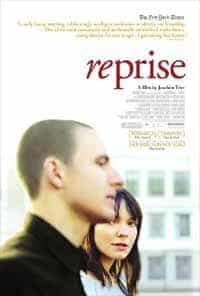 What's your score for 'Reprise'?


Do you have a review or comment for 'Reprise'?

Within the coming months for the people involved this will be the first of many family photos, yesterday in New Zealand the cast of the soon to start filming The Hobbit posed for a picture ahead of filming which starts on March 21st.

Front and foremost is Martin Freeman who is set to play the lead role of Bilbo Baggins. Also flying the British flag was James Nesbit who will play Bofur.

Peter Jackson was missing from the Press Conference as he's recovering from a recent operation, also the reason why filming has been delayed. Also not in the shot is Ian McKellen, Andy Serkis and Elijah Wood who all reprise roles from the Lord of the Rings movies.

Check out Stuff.co.nz for a 3 minute clip of the Hobbit get together.

More Lord of the Rings stars sign on for The Hobbit

As if there was ever any doubt about the involvement of the major players from The Lord of the Rings series, but Ian McKellen and Andy Serkis (Gandalf and Gollum) certainly held out, but they will reprise their roles in Peter Jacksons The Hobbit.

Martin Freeman has been on board since day 1 and former Doctor Who Sylvester Mccoy also having a role. Frodo himself Elijah Wool has also signed which is something of a mystery as Frodo is never mentioned in The Hobbit, what with this being a prequel to the Rings Trilogy, clearly Jackson is taking some artistic license.

The film has had a troubled pre-production with copyright issues stopping production for many years, and a loss of original director, but with Jackson on board and the continuing cast list 2012 will be a great year for fans of the Tolkien world.