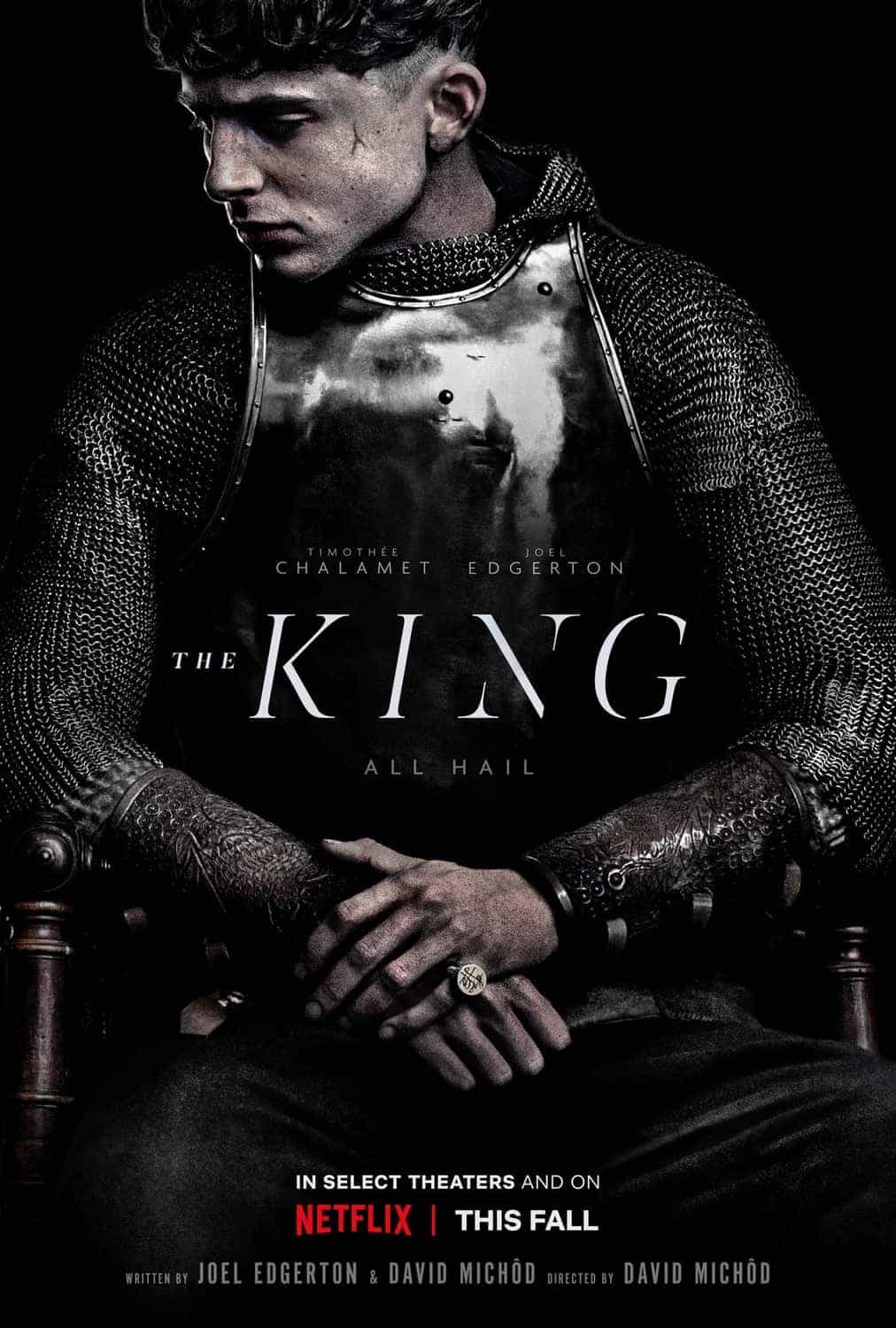 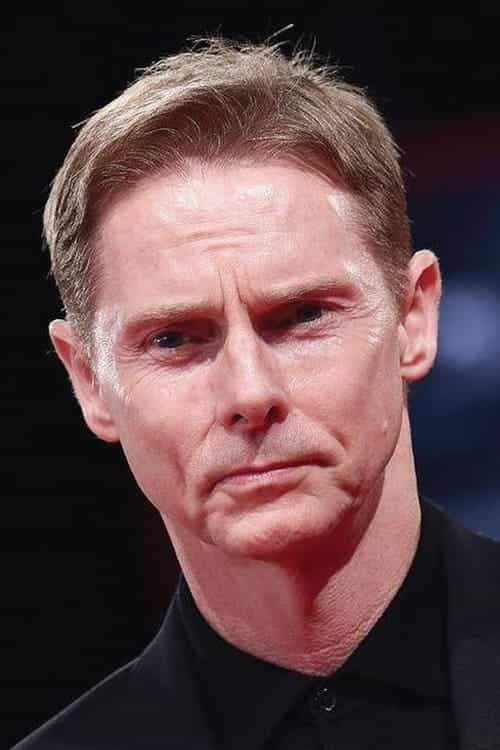 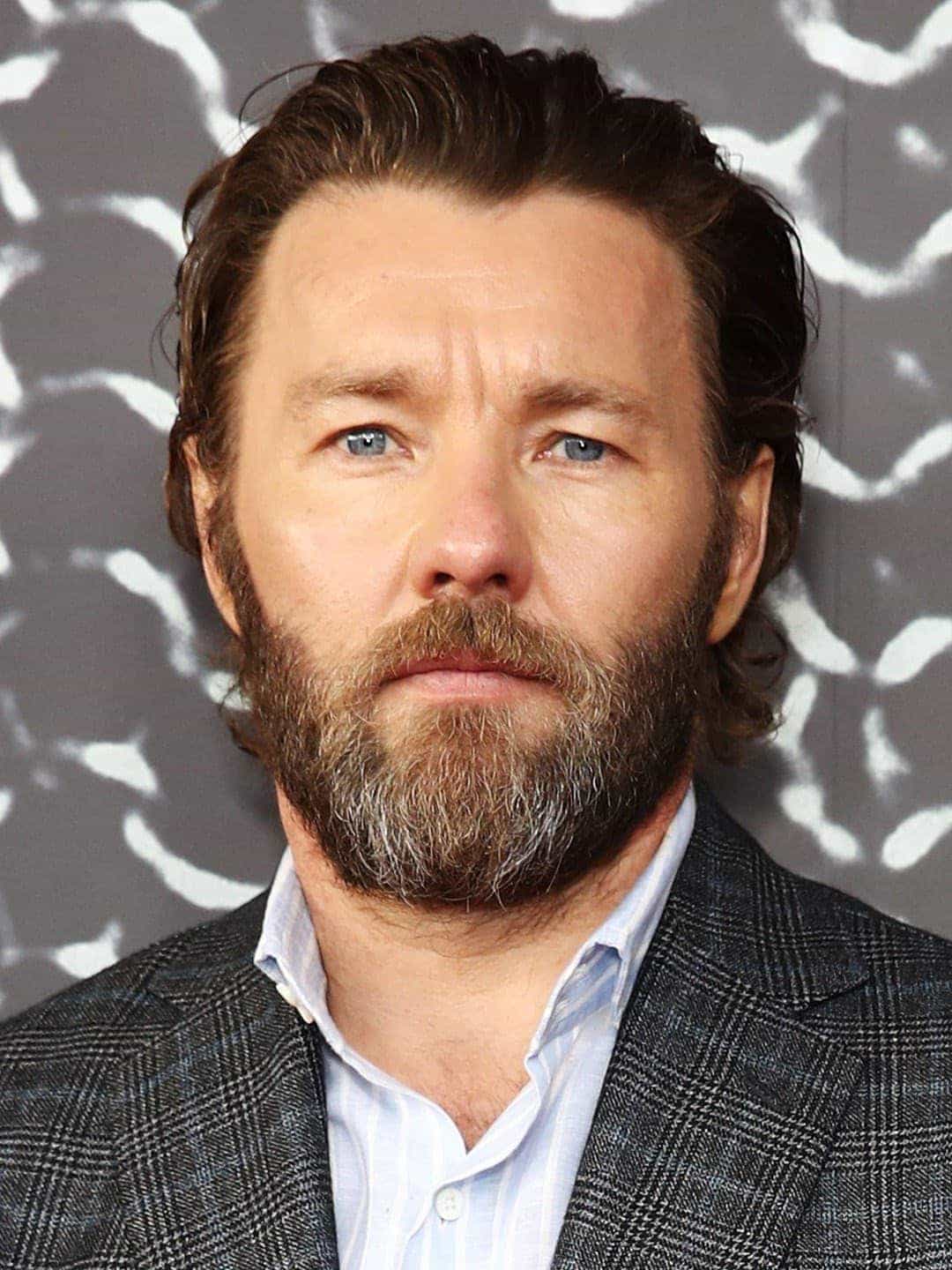 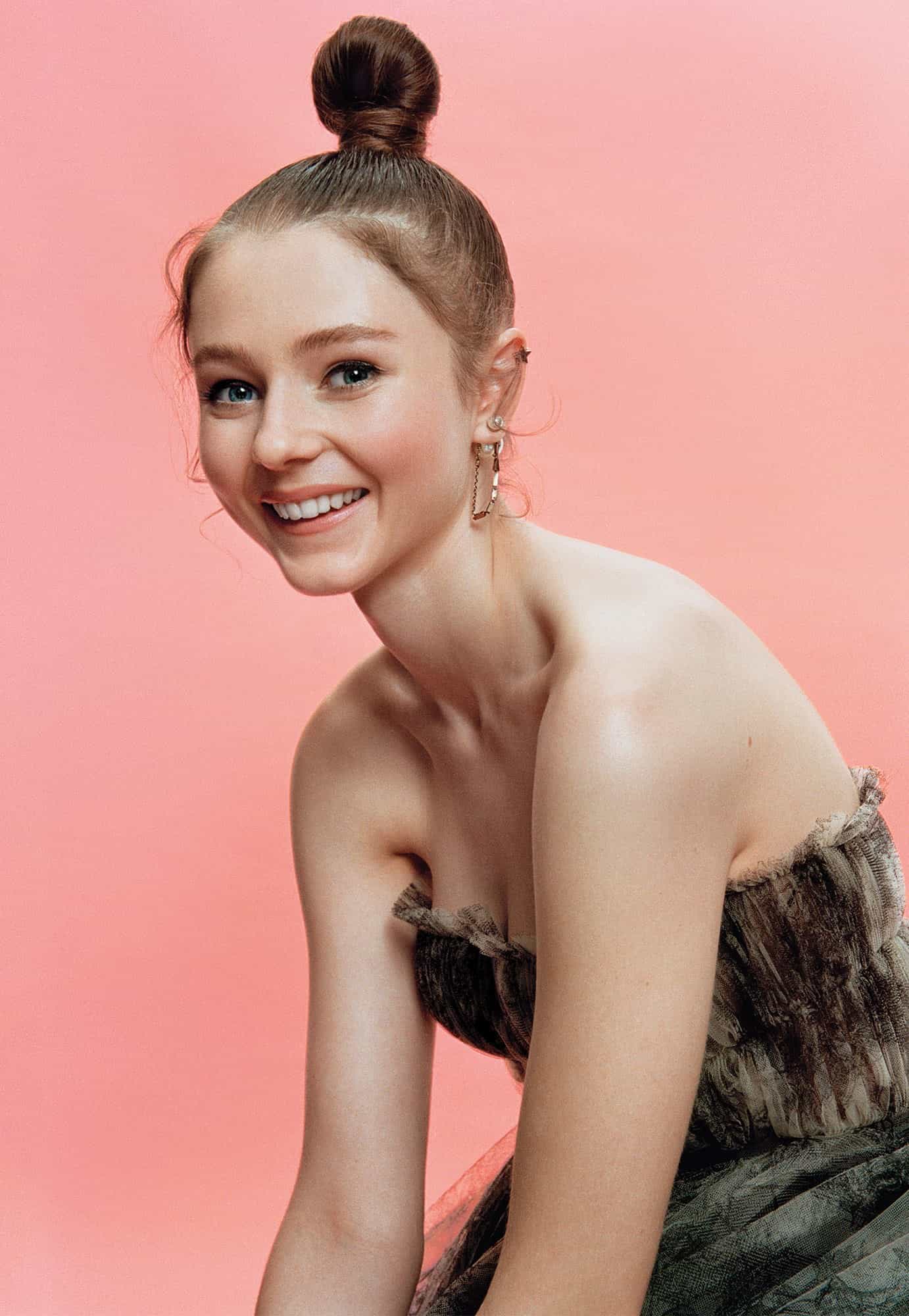 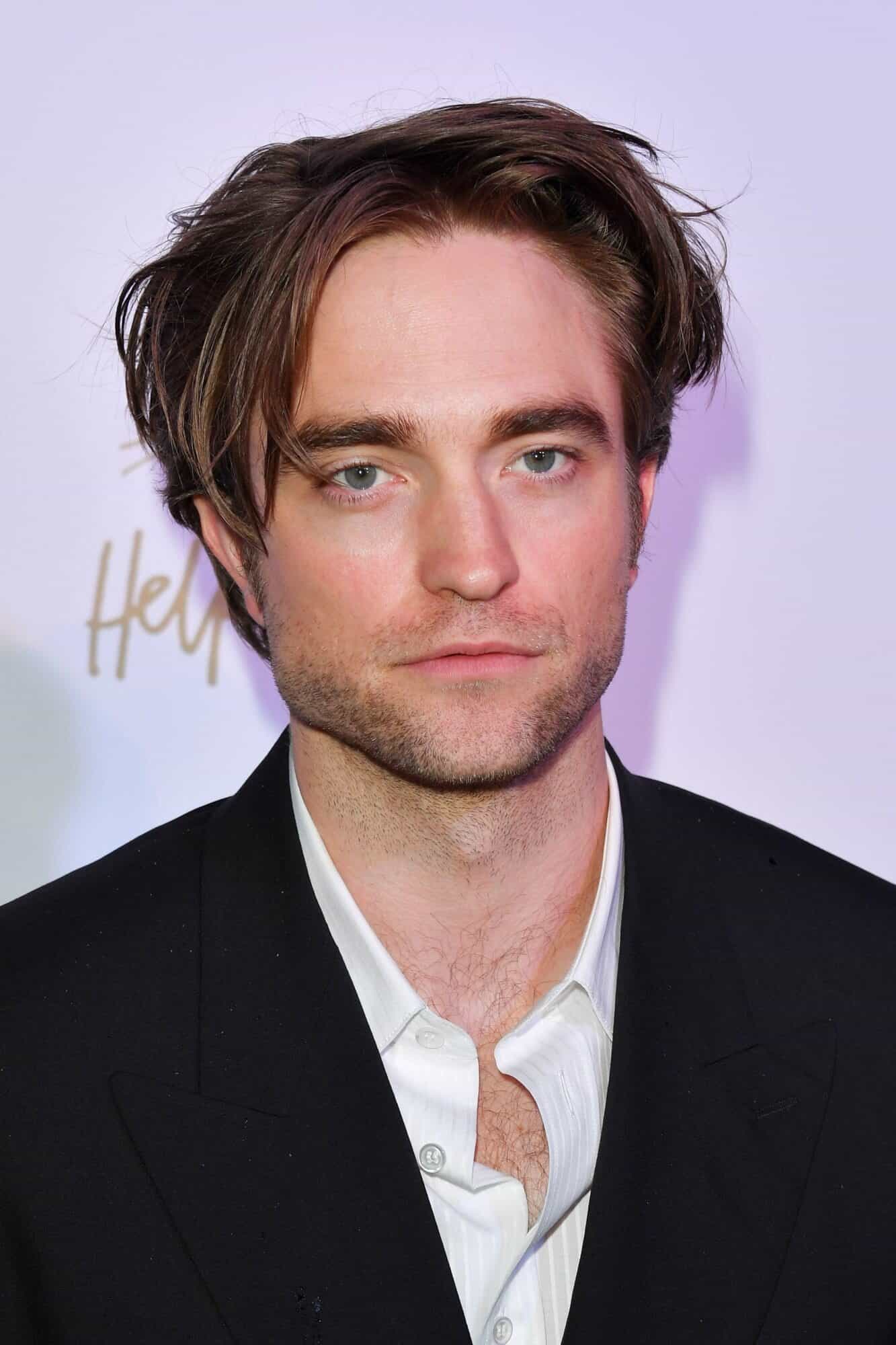 What's your score for 'The King'?


Do you have a review or comment for 'The King'?

Taking over at the top of the UK box office this weekend is the action comedy movie Bullet Train, set on, as the name suggest, the famous Bullet Train in Japan.

Also new this weekend is the event movie Westlife: Live From Wembley Stadium which makes its debut at number 8 with £468,214 and Sita Ramam which is new at 14 with £35,403.

Top Gun Maverick spends its firs weekend outside the top 5 this week, but the movie which has been on the chart for 11 weeks takes £609,409 for a total of £77.5 Million.

Hitting the top on its debut weekend is the new action comedy from director David Leitch which stars Brad Pitt and Aaron Taylor-Johnson.

Taking a debut weekend gross of £2.8 Million, opening on Thursday, it easily hits the number one spot.

In comparison it it is far lower than the directors previous movie, Fast & Furious Presents Hobbs and Shaw which opened to over £6 Million but its in the same ball park as Brad Pitt's last movie Ad Astra.

After making its debut at the top of the UK box office last weekend the DC Universe based animated feature drop to number 2 on its second weekend of release.

Falling to number 3 this weekend is the animated sequel from the Despicable Me universe which takes £1.1 Million, a 45% drop.

In comparison the the first Minions movie at 6 weeks in its run this is lower than the £40 Million that film made in 2015.

The fourquel movie in the Thor series of MCU movies falls to number 4 this weekend with £938,257, a 51% drop over its gross last weekend.

The movie is tracking just ahead of Thor: Ragnarok which had taken £29 Million 5 weeks into its run.

Director Baz Luhrmann bio-pic to the King of Rock and Roll has been consistently on the top 5 now for 7 weeks and takes £737,844 this weekend, a 33% drop over last weekend.

This gives the movie a total gross of £22.6 Million in the UK and is the directors highest grossing movie.

Disney and Marvel release their new movie this weekend and as is the norm these days at the cinema Thor: Love and Thunder makes its debut at the top.

There was a double bill cinema event this weekend of Dr. Who and the Daleks and Daleks Invasion Earth 2150 A D, currently the only feature films in the 60 year history of Doctor Who, which took £64,730.

Finally at number 15 there is Quaid E Azam Zindabad making a debut with £14,447.

The fourth film in the Thor series of movie from the grander Marvel Cinematic Universe which is once again directed by Taika Waititi as was Thor: Ragnarok.

The movie makes its debut at the top of this weeks box office with £12.2 Million which is lover than the last two Marvel movies, Doctor Strange in the Multiverse of Madness and Spider-Man: No Way Home but in the same ballpark as the last Thor movie.

The road ahead looks good for the movie with no new competition until Bullet Train in early August, although with middle of the road reviews the current releases, especially Minions: The Rise of Gru could see its number 1 run cut short.

Giving way to Thor: Love and Thunder the Minions sequel drops to number 2 on its second weekend of release, at least for this weekend.

Director Baz Luhrmann's bio-pic of the King of Rock 'N' Roll falls to number 3 this weekend with a gross of £1.3 Million, a 55% drop over last weekend, on its 3rd weekend of release.

This gives the movie a total UK gross of £13.8 Million.

The Top Gun sequel movie continues to do amazingly well on the UK box office and this weekend slips just a single place on its 7th weekend of release with just over £1 Million, a 62% drop over last weeeknd.

The movie has now taken a eye popping £70 Million in its UK box office run and is by far the top movie of 2022.

As the Dino movie starts to end its UK box office run it drop to number 5 on the chart with £560,166 over the weekend, a large 69% drop over last weekend.

This gives the movie a total UK gross of £31.7 Million after 5 weeks of release, it will end up the lowest grossing of the Jurassic World series of movies.

Elvis is given a 12A age rating in the UK for drug misuse, discrimination, sex references, injury detail, strong language

Elvis~2022 is a musical motion picture which follows the rise of Elvis Presley has been given a 12A age rating in the UK.

The movie stars Austin Butler who was last seen in Once Upon a Time In Hollywood as the King of Rock 'n' Roll and Tom Hanks who has starred in Forrest Gump and Philadelphia as his agent and the man who discovered him Colonel Tom Parker.

The movie is directed by Baz Luhrmann who has previously directed by Moulin Rouge and Strictly Ballroom.

Elvis Presley rises to fame in the 1950s while maintaining a complex relationship with his manager, Colonel Tom Parker.

Downton Abbey is given a PG age rating for mild threat, language

The TV series turned movie Downton Abbey has been given a PG age rating by the BBFC.

The film will have all the stars from the TV series including Hugh Bonneville, Elizabeth McGovern and Maggie Smith in what will be a 2 hour tour de force of the TV show.

The Story centres around a visit by the King and Queen of England to the abbey and how the residence and the staff handle the unexpected guests.

The BBFC's granting of a PG certificate of for mild threat, language and the film has a runtime of 122 minutes (2 hours and 2 minutes).