Tolkien Films classified 12A contain material that is not generally suitable for children aged under 12. No one younger than 12 may see a 12A film in a cinema unless accompanied by an adult. Adults planning to take a child under 12 to view a 12A film should consider whether the film is suitable for that child. To help them decide, we recommend that they check the Ratings info for that film in advance. 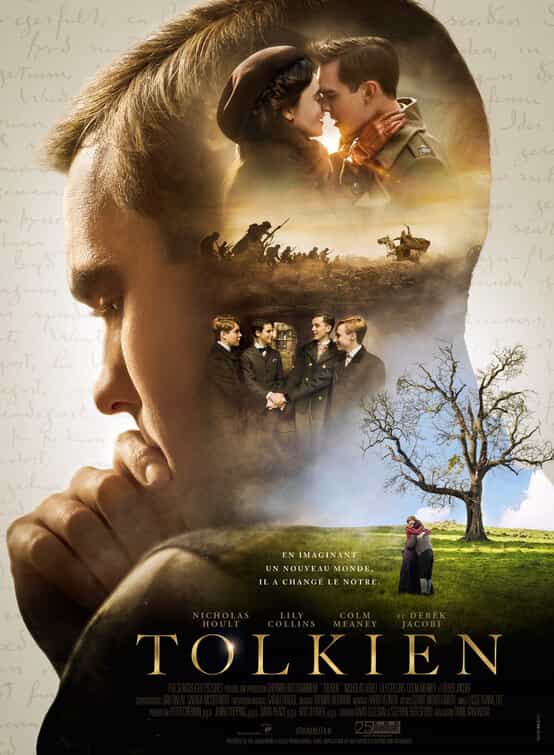 What's your score for 'Tolkien'?


Do you have a review or comment for 'Tolkien'?

Based on the life of J.R.R. Tolkien this Bio-Pic is directed by Dome Karukoski a Cypric director who previously brought us Beauty and the Bastard in 2005.

The English author famous for writing The Lord Of The Rings is played by Nicholas Hoult and the film also stars Lily Collins.

The BBFC have given the film a 12A rating for moderate war violence and it has a runtime of 112 minutes (1 hour 42 minutes).

Look out for a new teaser trailer from Peter Jackson for The Hobbit: The Battle of The Five Armies, Peter Jackson updates his Facebook Page with some details.

The Hobbit: The Battle of The Five Armies is released in the UK on 17th December this year and will complete not only The Hobbit Trilogy of films but also the Tolkien Middle Earth saga.

There and Back Again becomes The Battle of the Five Armies, Peter Jackson renames the last of The Hobbit films

It's not been an easy journey for The Hobbit to reach movie status, unlike The Lord of the Rings which seem to come out of nowhere and wow us.

There were legal problems, changes in director, 2 films became 3, the third film was moved to a Christmas release and now we have title change.

Peter Jackson has announced on his Facebook page that he is going to rename the last film in his trilogy The Battle of the Five Armies.

Anticipation is great for the third film in The Hobbit series, and probably final film from Middle Earth. The three Lord of the Rings films were huge box office hits and although The Hobbit films haven't been as big they have still earned fans across the world.

The Hobbit: The Battle of the Five Armies has a worldwide release on 17th December 2014.