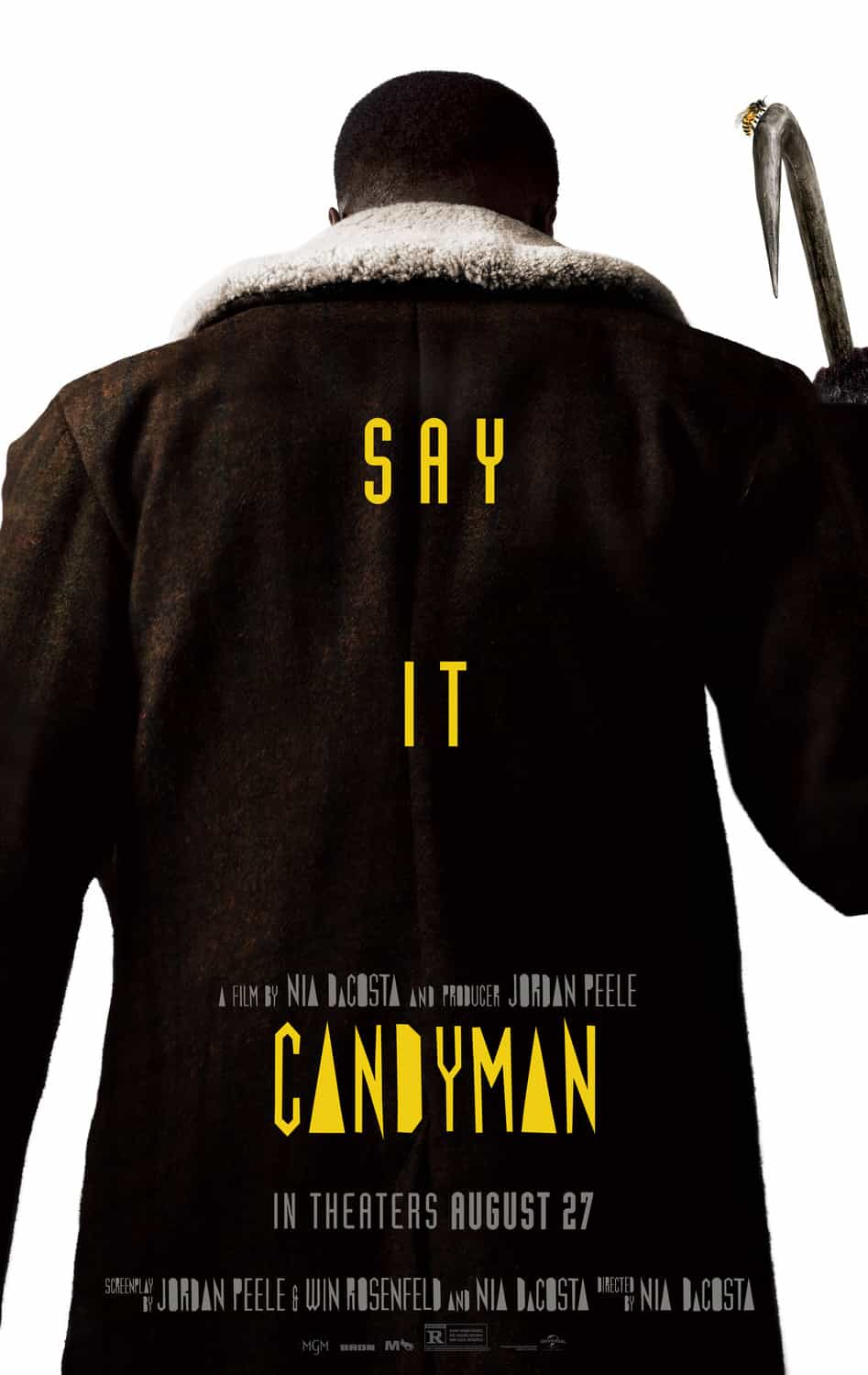 What's your score for 'Candyman'?


Do you have a review or comment for 'Candyman'?

Free Guy spends its third weekend at the top of the Global box office this weekend as its faces potential strong competition from newcomer Candyman.

As it turned out the Ryan Reynolds starring movie took a commanding lead over the Candyman remake which has to accept being the top new movie at number 2.

The Shawn Levy directed sleeper hit of the summer remains at the top of the global box office for a third straight weekend with a gross of $50.8 Million from 48 countries, a slim 30% drop which is fantastic for a number 1 movie on its third weekend.

The movie has been on the global box office for three weeks and has taken a total gross of $165.4 Million.

The highest debut of the weekend comes in at number 2, the remake/reboot of the Candyman franchise which was fist released in the mid '90's.

The movie got decent reviews but a release in 52 countries gives it a debut gross of $27.5 Million, almost half that of the top movie of the weekend.

The children's favourite makings its mark on the big screen falls to number 3 this weekend with a gross of $16.9 Million from 47 countries, a good 34% drop over last weekend, giving the movie a $61.8 Million total after 3 weeks of release.

The hit Chinese movie is still only released in 4 countries but still manages to retain a top 5 position, this week at number 4 with $9.3 Million, a 30% drop over last weekend, the movie has a total gross of $165.4 Million after 5 weeks.

Disney's action adventure movie has a slow start on the box office but has retained good number over the weeks and this weekend takes $7.7 Million from 50 countries, a 25% drop.

Sony have announced that the release date of Ghostbusters: Afterlife is moving to June 11th 2021, in other schedule change news Candyman is now set for am August 27th 2021 release.

There will be a time when a movies release date wont change, other than the odd film here and there, but the world needs to control the COVID-19 pandemic first so cinemas can open safely for their customers.

The change for the next Ghostbusters film is not too bad only shifting by a couple of months unlike many recent changes which have moved anything from 12 - 19 months.

For Candyman at least when the removed it from its previous October opening they didn't set a new date so the new August 27th release is news.

There is a suspicion that there will be more changes to come, Wonder Woman 1984 currently set for 25th/26th December 2020 a likely candidate, so keep with 25thframe.co.uk for up to the minute news.