Cars General viewing, but some scenes may be unsuitable for young children. A PG film should not unsettle a child aged around eight or older. Unaccompanied children of any age may watch, but parents are advised to consider whether the content may upset younger, or more sensitive, children. 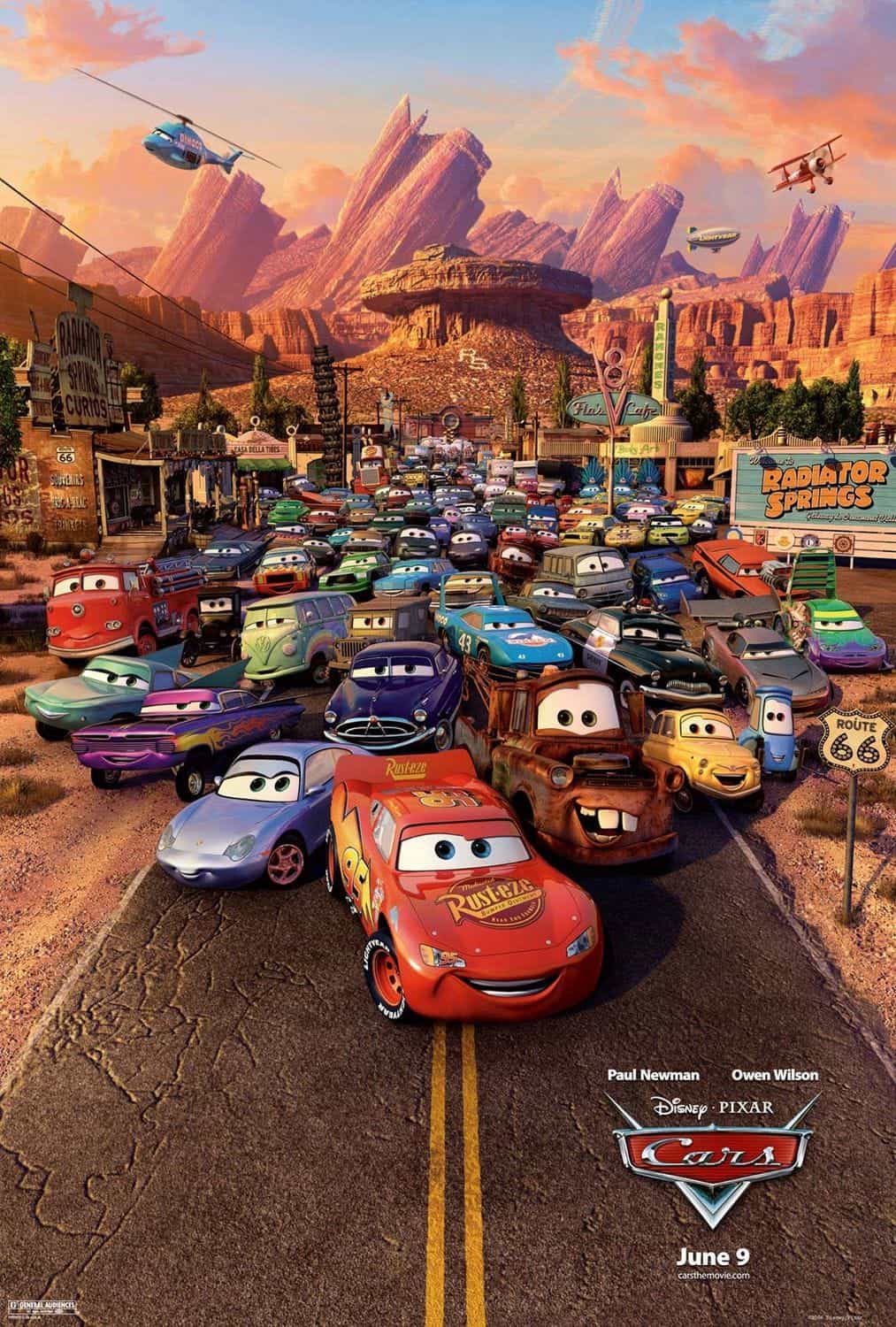 What's your score for 'Cars'?


Do you have a review or comment for 'Cars'? Universal have released a new trailer for the much delayed Fast & Furious 9 with the movies release now headed for July 9th at the UK box office.

It’s good to be back. Watch the new #F9 trailer now. pic.twitter.com/Ewy0EZfhBv

The movie was one of the first major releases to get delayed in 2020 at the start of the global pandemic, with the original delay being a whole year, then it recently got delayed another couple of months to July 9th.

The new trailer is the usual Fast and Furious fare with fast cars and Vin Diesel looking moody the whole time.

We also get to see Helen Mirren behind the wheel and she looks as cool as Diesel doing so.

The story has the Fam really coming home for Diesel who's real brother come for payback in the shape of John Cena.

Justin Lin returns as the movies director but the movie may struggle to go over the Billion dollar mark this time in the wake of the global pandemic.

And the end of the trailer does strongly suggest that the series will go into space this time as the series enters the final frontier!

The movie has a July 9th UK release and a June 25th North American release.

There is no moving Will Smith and Martin Lawrence from the top of the global box office as thie reunion as the Bad Boys stays at the top for a third weekend, and with a quiet weekend for new releases the top new film is Gretel and Hansel at number 7.

Beating all expectation before release the Adil El Arbi and Bilall Fallah directed movie spends its third weekend at the top of the global box office with $48.4 Million from 64 countries.

THe total global gross for the movie is now $290.7 Million and is now by far the top grossing of the series.

Sticking to number 2 this week is Sam Mendes World War movie that swept the BAFTA's last night, it takes $30.5 Million over the weekend from 53 countries.

THe movie, which is expected to do well at next weekends Oscars has a total global gross of $249 Million after 4 weeks of release.

After a poor start the Robert Downey Jr. movie is picking up fans across the globe and this week remains at number 3 with $25.4 Million from 64 countries.

The film has taken a better than expected $126.6 Million globally after 4 weeks of release.

The sequel movie may not have done the number Jumanji: Welcome To The Jungle did 2 years ago but the film has still done well, remaining at 4 this week the film takes $11.3 Million from 59 countries for a total of $754.8 after 9 weeks.

Falling to 5 this weekend is Greta Gerwig's retelling of the classic novel which takes $10.5 Million from 48 countries for a total gross of $162.8 Million after 5 weeks of release.

This version of the movie has far out grossed all other version by a large margin with the 1995 version directed by Gillian Armstrong coming closest with $50 Million global gross.

No big new releases this weekend with the top new film this retelling of the Grim fairytale making its debut at number 7 with $7.5 Million from 18 countries.

World Box Office Analysis 24th - 26th January 2020: Bad Boys For Life remains at the top, The Man Standing Next is the top new film at 5

The reunion of Will Smith and Martin Lawrence is proving to be a good one as Bad Boys For Life remains at the top of the global charts for a second weekend while South Korean movie The Man Standing Next is the top new film of the week at number 5.

The cop buddy movie directed by Adil El Arbi and Bilall Fallah that was 17 years in the making remains at the top of the global box office this weekend with a gross of $76 Million from 59 countries.

This pushes the movies total global gross to $215.6 Million after 2 weeks of release.

Director Sam Mandes war movie sits at number 2 again this week as the movie makes $39.5 Million over the weekend from 31 countries.

As the film picks up more awards before the Oscars this puts the movies total global gross at $200 Million after 3 weeks.

Despite the slow start the Robert Downey Jr. starring movie is still at number 3 this week with a weekend take of $25.7 Million from 56 countries.

The film has now taken $91 Million after 3 weeks of release and will make over $100 Million in total in the coming days.

Hanging onto a place on the top 5 is the Dwayne Johnson starring movie with takes $17.5 Milion from 61 countries.

The film has now taken $737.4 Million over 8 weeks and altohugh will not go over the magic $1 Billion mark has performed well.

The Man Standing Next

Based on a true story of the assassination of South Korean President Park the Woo Min-ho directed movie lands at number 5 with a weekend gross of $15.8 Million from a single country release.