Protocol General viewing, but some scenes may be unsuitable for young children. A PG film should not unsettle a child aged around eight or older. Unaccompanied children of any age may watch, but parents are advised to consider whether the content may upset younger, or more sensitive, children. 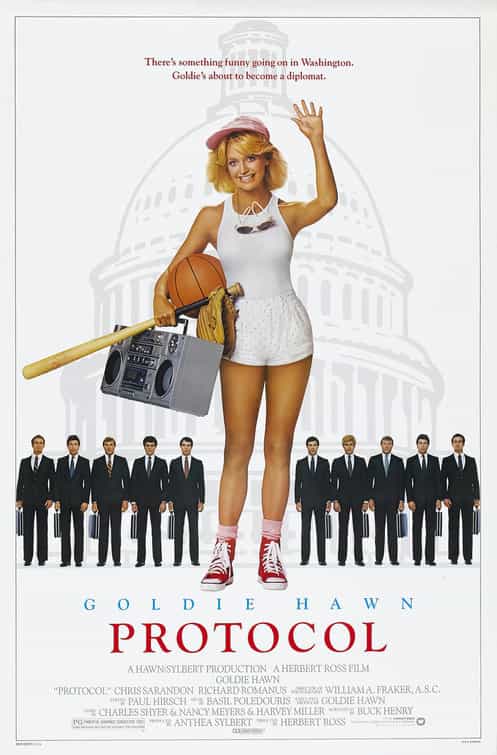 What's your score for 'Protocol'?

Do you have a review or comment for 'Protocol'?

The debut of video game adaptation Assasins Creed produces the first new number one film of 2017 knocking off Rogue One: A Star Wars Story after 3 weeks at the top.

Starring Michael Fassbender as the time travelling assassin the film based on a video game debuts at the top with £5.2 million including previews.

As a star one one of the biggest movie franchises around this is by no means the highest debut gross for Fassbender, but it is good for a non franchise debut, for director Justin Kurzel it is his best grossing film to date.

Its unclear if Assassins Creed will continue to do well, it got bad reviews from the press and the audience for these films is usually front loaded so it could drop sharp in the coming weeks.

Falling from the top after 3 weeks is Rogue One although the film enjoyed a decent fourth week gross of £3.2 million which brings its total gross in the UK to £59.6.

The film wont reach the heights of The Force Awakens but this is still a great total gross, also worth a note is that the Monday - Sunday gross of £7.6 million would have put it at number 1.

Also making its debut this week is A Monster Calls at 3 with £2 million and Silence at number 4 with £1.5 million.

Rogue One is the highest total grossing film around at the moment and the longest running film this week is Storks at number 15 which has been around now for 10 weeks.

A year ago
Star Wars Episode VII: The Force Awakens made it four weeks at the top and by this point was the top grossing film in the UK ever while The Hateful Eight was the top new film at 2.

Five years ago
Mission:Impossible Ghost Protocol stayed at the top for a second weekend while Oscar winning film The Iron Lady was new at 3.

Ten years ago
Staying at the top for a second weekend was Night At The Museum while Miss Potter was the top new film at number 2.

Fifteen years ago
The Lord of The Rings: The Fellowship of The Ring stayed at the top for the new year while top new film was Behind Enemy Lines at number 3.

Twenty years ago
Evita made its debut at the top of the box office knocking 101 Dalmatians down to number 2 after 3 weeks at the top.

Twenty five years ago
Bill and Teds Bogus Journey entered the box office at the top while Curly Sue fell to number 3 after debuting at the top.

One of the big films that will be released this Christmas has today had it's first trailer released, the Tom Cruise staring next installment of the Mission: Impossible series gives us a taste of what we'll be enjoying this yuletide.

The trailer ticks all the right boxes, world famous buildings exploding, Your Mission should you choose etc., more explosions, fighting, Simon Pegg, lots of mystery, Eminem soundtrack, the famous music and our Tom hanging of the tallest building in the world.

The series has proved itself so far (even with a dodgy second installment) and this should fit in nicely.

Mission: Impossible: Ghost Protocol is out on December 16th this year.