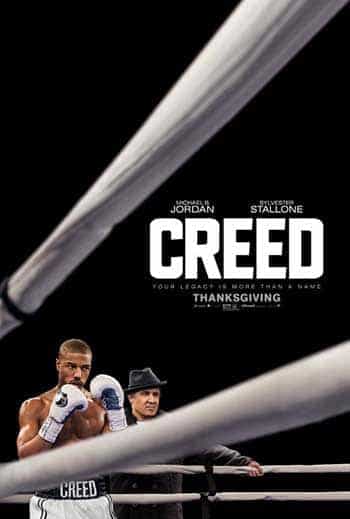 What's your score for 'Creed'?


Do you have a review or comment for 'Creed'? US Box Office Analysis Weekend 7 - 9 December 2018: Ralph hangs onto the top during a quiet weekend for new releases

There were no new releases on the US box office top 10 this week hence Ralph Breaks The Internet remains at the top of a totally static top 5.

Making it a third weekend at the top the Disney movie takes $16.2 million for a new total gross of $140.9 million

Five weeks on and the Dr. Seuss movie is still at number 2 with a weekend gross of $15 million which elevates its total to a very nice $223.2 million.

The boxing sequel movie takes just shy of $10 million on its third weekend of release, the film has now take $96.1 million in total.

Despite performing below par the Fantastic Beasts sequel movie takes $7 million on its fourth weekend to bring its US total to $145 million.

The Freddy Mercury film takes $6.1 million on its sixth weekend of release for a good $173.7 million total gross.

With little in the way of new releases the top spot remains the same as Ralph Break The Internet stays at the top, highest new film of the week is The Old Man And The Gun at number 7.

As we get deeper into the Christmas season audiences have started to take notice of the animated adaptation of the Dr. Seuss book.

This weekend, its 5th, the film goes up to number 2 with a £2 million weekend boosting its total to £19.4 million.

The boxing sequel drops to number 3 on its second weekend with a £1.7 million weekend to increase its total UK gross to £5.9 million.

Hanging onto a place on the top 5 at number 4 this week the Wizarding World film takes £1.4 million over its 4th weekend, the film has now taken £29.2 million.

Finishing off the top 5 the Queen film which has enchanted audiences and on its seventh week tales just under a million pound for a £43.9 million total.

After 2 weeks at the top Fantastic Beasts 2 gives up the number one spot so Ralph Breaks The Internet can make its debut at the top.

Making its debut at the top of the UK box office is Disney's latest film starring Wreck-It Ralph from the 2013 movie that bears his name.

Also starring his best friend Venelope the film makes its debut with £4 million which is marginally lower than the originals debut in February of 2013.

Also making its debut this week is another sequel movie, this time its the follow up to 2016's Creed which also starred Micheal B. Jordan and Sylester Stallone.

Taking nearly £3 million on its debut this is above the debut of the original film which on to make over £5.5 million.

Three weeks on and the Wizarding film falls to number 3 with a still respectable £2.7 million which boosts the films total to £26.7 million.

The Dr Seuss animation takes £2.3 million this week to increase its UK gross to £17 million after 4 weeks of release.

Finishing off the top 5 is the Queen bio-pic which this week takes £1.5 million.

Six weeks on and tes film has now grossed £42 million which makes it the 5th top grossing movie in the UK for 2018.

Fantastic Beasts 2 is still doing well at the box office, especially outside the US, but Disney's Ralph Breaks The Internet was too strong this week and (just) tops the global box office.

Expanding to 28 countries this week the Disney property takes $59.4 million globally for the weekend which boosts its total global cume to $206.9 million after 2 weeks.

There are still a lot of countries to open in so expect this to hand around for much of Christmas and into the new year.

Not too far behind is the Wizarding World film which this week takes $51.4 million from a massive 81 countries to boost its total global cume to $519.6 million.

The film is behind the first movie of the series in the UK but slightly ahead in the rest of the world.

The Bryan Singer directed movie has done far better than expected across the globe and this week passes a new milestone of passing the half billion mark.

The film takes an excellent $45 million over the weekend from 73 countries to push ots total global take to $539.5 million.

The Dr Seuss animation drops to 4 this week with $44.8 million from 55 countries, this bbosts the films global gross to $268.3 million.

The boxing sequel expands to 30 countries this week and takes $26.8 million to boost its total gross to $92.5 million, it will pass $100 million by next weekend.