Shattered No one younger than 15 may see a 15 film in a cinema. 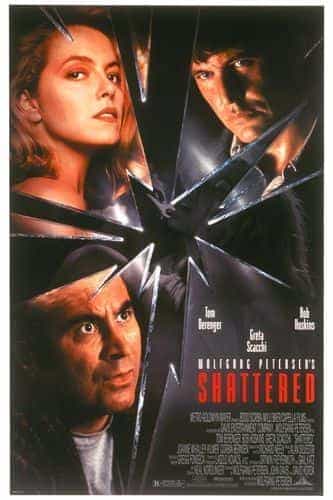 What's your score for 'Shattered'?


Do you have a review or comment for 'Shattered'?

As has become the norm in the 10 years Marvel have dominated the Superhero movie scene when a new film is released is not only dominated it destroys all in its path.

This week Disney/Marvel release a new IP onto the cinematic world in the shape of Black Panther and it has become the biggest non Avengers film in the franchise.

Taking an incredible $192 million from the weekend is has shattered the record held by Deadpool for highest grossing debut film on a February.

Sticking at number 2 this week is Peter Rabbit who takes $17.2 million for the weekend and boosts its cume to $48 million.

Third this week is Fifty Shades Freed which falls quite heavy from its number one debut with $16.9 million for a $76 million total.

Jumanji: Welcome To The Jungle has so surpassed all expectations its now looking like it could outgross Sony stablemate Spider-Man which before now was the highest grossing movie for the studio, a $7.6 million 9th weekend pushes its total to $377.6 million.

Despite the surprise yesterday that Disney is buying LucasFilms from George Lucas for £2 1/2 billion, which will include the license to all the franchises that the production company owns, it wasn't really that much of a surprise, and it could have been predicted.

Not long ago it was reported that Lucas wanted to retire, to leave the Hollywood blockbuster behind and maybe concentrate on smaller budget films like his recently produced film

Lucas has always had a good relationship with Disney, just go to a theme park and see the level of

So in the end it was Disney who have purchased LucasFilms rather than maybe the more obvious studio, 20th Century Fox but the real question has to be the continuing production of it's most loved franchises, well both of them anyway.

First off is the Indiana Jones franchise, directed by Steven Spielberg and funded and released by Paramount, will future episodes 1) still have the involvement of Paramount, not really a big issue, or 2) be directed by Spielberg? Or star Harrison Ford? Disney are know for cashing in on big film names, see

Now lets address the one on all our minds. At the press conference it was almost instantly announced that there will be a Star Wars Episode VII (7) released in 2015, oooh, that's big, and scary, and with Lucas taking an back seat, although he has an advisory role, what will happen.

Lucas may have tarnished the Star Wars franchise with the prequel trilogy, but above anything else he was very true to the franchise, and the universe he has created, he clearly has a lot of affection for all things

Star Wars Episode VII possibly isn't the concern, Disney also announced there will be an Episode VIII in 2017 and Episode IX in 2019 this is more worrying and anything beyond that are clearly frightening.

Star Wars has been with us since 1977, there has been 6 films of varying degrees of quality, but it has millions and millions of fans worldwide who still love the series, Lucas shattered some of our dreams in 1999 with Episode I, but those dreams have been repaired over time, we either forget them or learn to love them, is Disney about to totally destroy our dreams? When all has been said and done what I really want to know is, did Disney get the 1977 Star Wars Holiday Special in the deal and will they now release it onto Blu-ray?