The Battle At Lake Changjin 2021 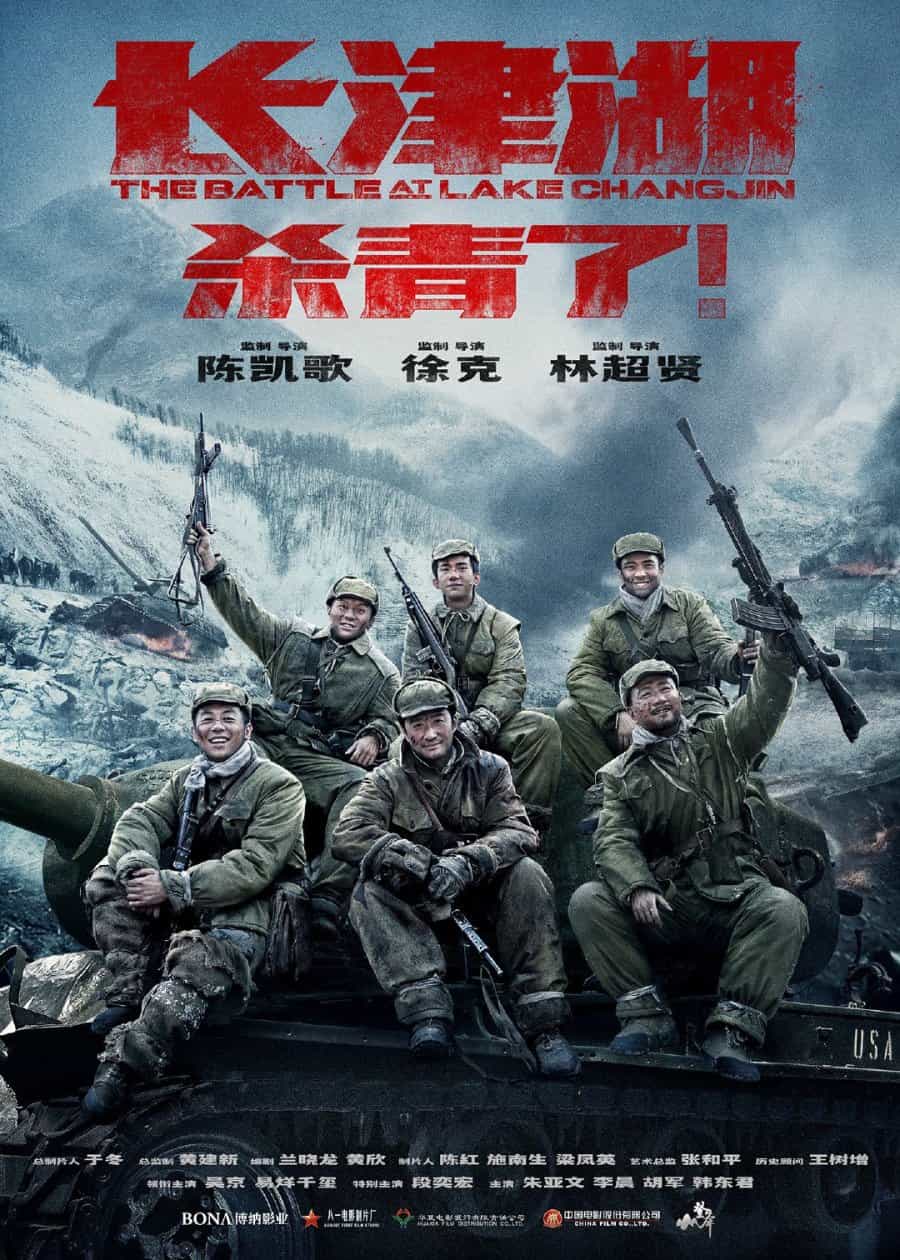 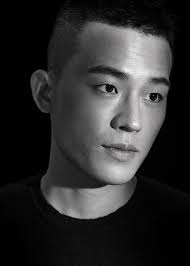 What's your score for 'The Battle At Lake Changjin'?


Do you have a review or comment for 'The Battle At Lake Changjin'? 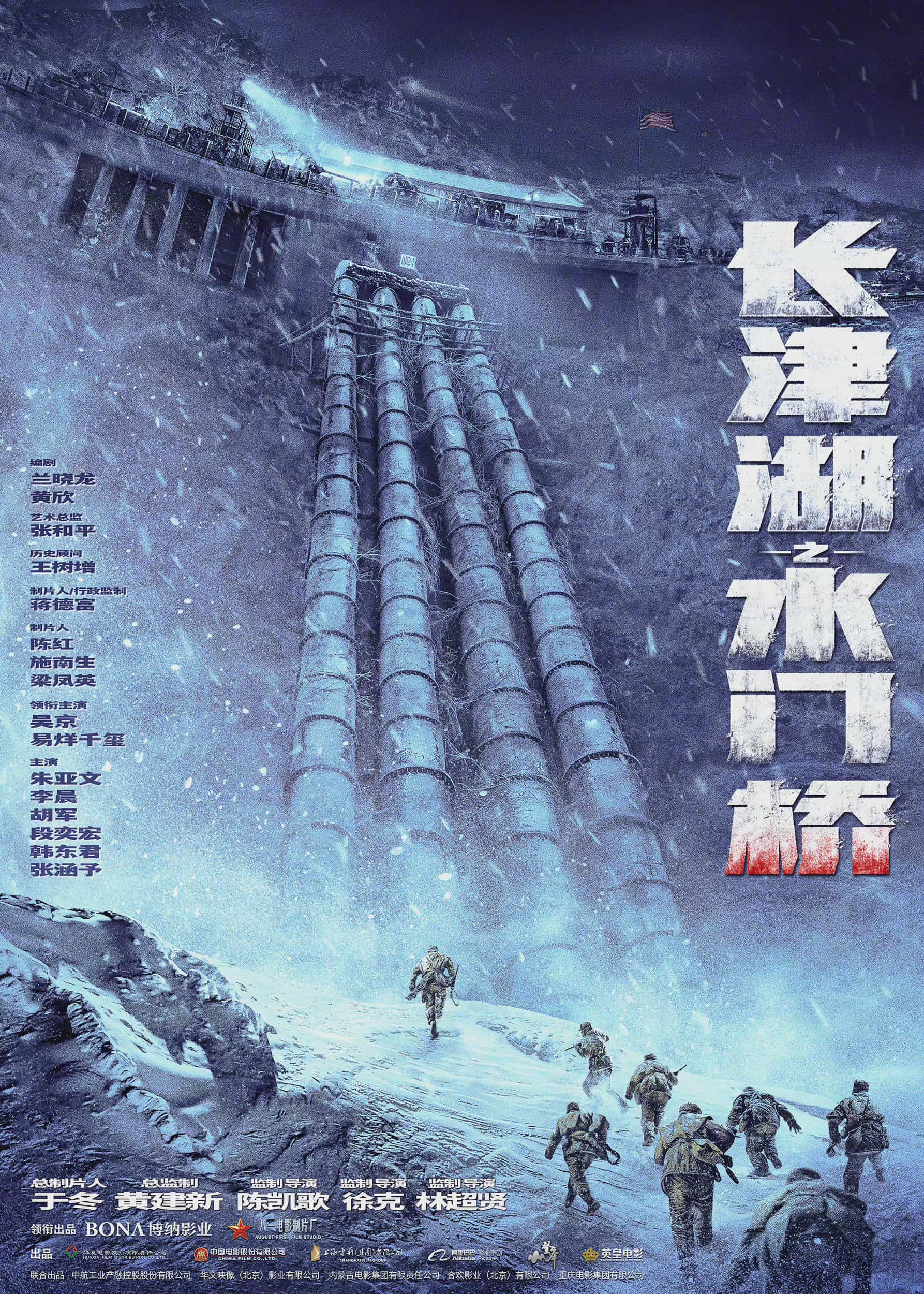 World Box Office Figures 25th - 27th March 2022: Batman remains at the top while The Lost City is the top new movie at number 2

Four weeks at the top for The Batman as the Robert Pattinson movie holds off the challenge from the Sandra Bullock and Channing Tatum double header The Lost City~2022 which makes its debut at 2.

Indian movie RRRb makes an impressive debut at number 3 this weekend while Moonfall makes a surprise jump back up the box office.

Four weeks at the top for the DC movie with a weekend gross fo $45.5 Million, 47% down on last weekend, it is still released in 77 countries.

The film has now made $672.8 Million at the global box office, not bad but its still not near Superman Vs Batman: Dawn of Justice from 2016.

It is now the top movie of 2022 having now grossed more than The Battle At Lake Changjin II.

Sandra Bullock and Channing Tatum star in this action adventure that has the vibe of Romancing the Stone from 1984, which this week is the top new movie landing at number 2 on the global box office.

The movie, directed by Aaron Nee and Adam Nee, takes $34.7 Million on its debut from 17 countries.

Making its debut at number 3 this weekend is the latest movie from director S.S. Rajamouli, a period movie set in the 1920's.

The movie takes an impressive $13 Million from 21 countries on its debut week of release.

Dropping to number 4 this weekend is the video game adaptation from director Ruben Fleischer which takes $12 Million from 56 countries, a 53% drop.

Jumping back up the global box office this weekend is the Roland Emmerich directed action movie which takes $10.3 Million on its 8th weekend of release from 15 countries, an 80% increase!

The boost is due to its much delayed Chinese release which generated nearly $10 Million in box office revenue over the weekend.

The movie has now taken $60.7 Million at the global box office.

World Box Office Figures 18th - 20th March 2022: Another weekend at the top for The Batman as animated movie The Bad Guys is the top new movie

Batman spends a 3rd weekend at the top of the global box office while Jujutsu Kaisen 0: The Movie climbs back to number 3 and animated movie The Bad Guys is the top new film of the weekend.

Spending a third weekend at the top of the global box office this week for the caped crusader starring Robert Pattinson as the movie takes $85.9 Million from 77 countries, a 35% drop over last weekend, and this marks the movies first week of release in China.

This pushes the movies total global gross to over the half a billion threshold to $598 Million, which means it is still the second highest movie of 2022 behind The Battle At Lake Changjin II but it should take that movie by next weekend.

The Tom Holland starring video game adaptation goes back up to number 2 on its 6th weekend of release with a weekend total of $27 Million from 58 countries, a 24% drop over last weekend.

Having now taken $337.2 globally the Ruben Fleischer directed film is the 5th top grossing movie of 2022.

This Japanese animated manga movie as first released in Japan at the tale end of 2021 where is was a smash hit, this weekend it got released in a few more countries, including some of Europe and America, which has pushed the film back to number 3 on the global box office.

Released now in 10 countries the movie grosses $22 Million giving it a total global gross of $144.6 Million.

Highest new movie of the weekend is this animated tale directed by Pierre Perifel and starring Sam Rockwell and Awkwafina.

Released in 25 countries the film takes $8.4 Million over the weekend and is new at number 4.

The animated smash hit movie climbs back to number 5 on its 13th weekend of release taking $7.5 Million from 69 countries, a 40% drop over last weekend, giving the movie a $376.4 Million global total.

World Box Office Figures 11th - 13th March 2022: The Batman remains at the top for a second weekend with the new BTS concert movie the top new movie at 2

Spending a second weekend at the top is The Batman on its second weekend of release, with the highest new movie at number 2 as the concert movie BTS Permission to Dance On Stage - Seoul: Live Viewing makes its debut.

Also new this weekend is the Disney/Pixar movie Turning Red which despite getting a Disney+ release in many countries gets a cinema release in 12 territories which gives it a debut at 9 with $3.8 Million.

Second weekend for the Matt Reeves directed vision of the Batman which takes $132.6 Million from a huge 76 countries, a fairly good 49% drop over its debut.

The opening of the current movie has been one of the best over the pandemic and is setting the bar for the big blockbusters to come later this year.

Highest new movie of the weekend is the cinema event concert movie for super group BTS from South Korea which enters at number 2 with $32.6 Million from 75 countries.

The super group are no stranger to the box office having last had a concert in cinemas in 2018 with Love Yourself In Seoul: BTS World Tour 2019 which grossed $10 Million globally.

The Tom Holland starring video game adaptation is starting is decent down the box office now as its takes $20.4 Million on its 5th weekend of release from 65 countries, a small 28% drop over last weekend.

The other Tom Holland movie still on the box office this week, dropping to number 4 is the Sony/Marvel global smash which this weekend takes $6.4 Million from 60 countries, a small 23% drop.

Incredibly the movie has been on the box office for 13 weeks and is starting to appear on digital streaming, including Disney+, over this week, the movie has taken $1.8 Billion globally and although was released in 2021 is the 2nd top movie of 2022.

The Channing Tatum starring movie drop to number 5 this weekend with $6 Million from 20 countries, which is an amazing 11% drop on its 4th weekend of release, the movie has a global gross of $55.3 Million.

Superhero movies strike again as Warner Bros. DC movie The Batman storms to the top of the global box office on its opening weekend and dominates every country on release.

With all the hype and due to a couple of release date changes causing pent up demand the Matt Reeves directed movie storms the global box office making its debut in 75 location and taking 76% of the box office takings.

The latest incarnation of the caped crusader, played by Robert Pattison, gets a debut gross of $248 Million, the second highest since 2019 with only Spider-Man: No Way Home taking more.

The movie is already the 5th top grossing movie of 2022.

The Tom Holland starring movie falls into second place this weekend with $28 Million from 65 countries, a 51% drop over last weekend.

Still hanging around on the top 3, and for the 12 weekend is the smash hit Marvel/Sony movie which takes $8.4 Million over the weekend from 64 countries, a reasonable 34% drop over last weekend.

Dropping to number 4 this weekend, Kenneth Branagh's version of the Agatha Christie novel which takes $7.8 Million from 42 countries, a 48% drop.

The movies total global gross of now $113 Million over 4 weeks of release and is the 9th top movie of 2022.

The smash hit Chinese language sequel holds at number 5 this weekend with $7 Million from 5 countries, 39% down on last weekend, giving the movie a $601 Million total.

It is the top movie of 2022, despite having such a limited global release.

Global Box Office Figures 25th - 27th February 2022: Uncharted spends another weekend at the top with no new entries in the top ten this weekend

Remaining at the top of the global box office this weekend is the Tom Holland and Mark Wahlberg starring video game adaptation Uncharted.

There are no new releases on the box office this weekend as the world waits for the release of The Batman this coming weekend.

Remaining at the top of the global box office for a second weekend is the video game adaptation directed by Ruben Fleischer which takes $58.2 Million on its third weekend of release from 65 countries.

The movie drops 41% on its week on week take but the movies total global gross is now $226.3 Million which makes it the 4th top grossing movie of 2022.

The Kenneth Branagh directed movie spends its third weekend on the box office and remains at number 2 with a gross of $15.1 Million from 48 countries, a 42% drop.

The Marvel/Sony movie is having a bit of a resurgence globally as the smash hit climbs back up from number 6 to number 3 this weekend with $12.7 Million from 64 countries, a very slim 17% drop on its 11th weekend of release.

The movie has now taken an amazing $1.85 Billion globally and is the second top movie of 2022 and the 6th top movie of all time.

Jumping up a spot on its second weekend of release is the Channing Tatum starring movie which takes $12 Million from 19 countries, a 26% drop over last weekend.

The movie now has a global total of $35.1 Million after 2 weeks of release.

The smash hit Chinese sequel is released in 5 countries and this weekend takes $10.9 Million, a 44% drop over last weekend, but the movie has taken $601.9 Million globally and is the top movie of 2022.